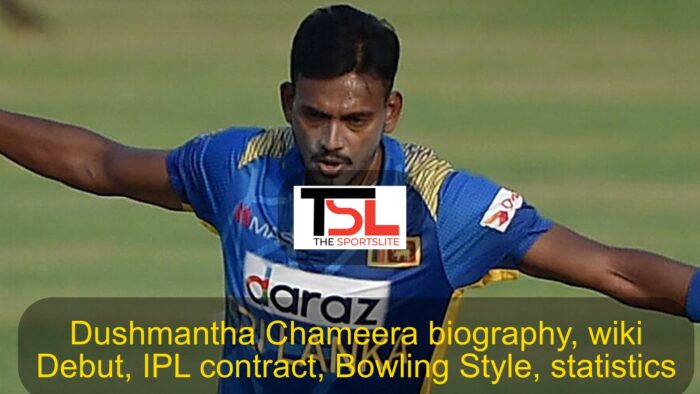 Dushmantha Chameera is an out-and-out fast bowler of Sri Lanka. The term ‘out and out’ may feel to someone a far stretched term considering his lean physique. But somehow he generates an “out and out” pace and it has always been fascinating to see.

Many would be surprised to see that he has been in the Sri Lankan setup since 2015. But injuries and inconsistent performances hindered his progress in international cricket. 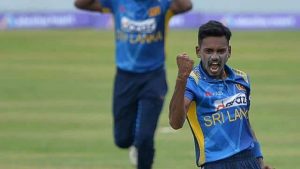 Dushmantha has a nice rhythmic run-up, followed by a simple repeatable action. The run-up is all where he produces the pace. He rarely goes below 140 kmph unless a deliberate slower ball. The high arm action brings extra bounce into the picture and the pace along with skiddy nature makes him a force to reckon with.

On 25th June 2015, he made his Test debut against Pakistan. He took 3 wickets in the second innings which guided Sri Lanka to a victory. Unfortunately, he suffered from a side strain and missed the third Test of the series.

He is Yet to blossom 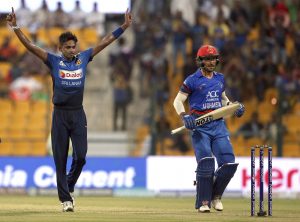 Despite his talent and 6 years of service in International cricket, he has yet to gain a stature Sri Lankan fast bowling spearhead due to the injuries and blow hot blow cold nature.

He had a stint of IPL for Rajasthan Royals in 2018 and now he has been included in the RCB’s squad for the second leg of IPL 2021.

We wish all the best to this prodigious fast bowler! Let’s have a look at his stats: