Narayan Jagadeesan: – A Potential wicketkeeper for CSK in future

Narayan Jagadeesan riveted fans’ eyes for the first time when he burst onto the scene in an inaugural edition of Tamil Nadu Premier League in 2016.

This right-handed batter and a wicket-keeper was born on 24th December 1995 in Coimbatore. 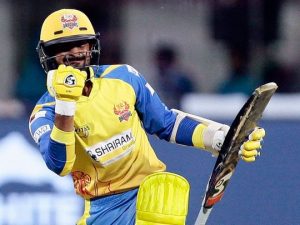 Jagadeesan has an excellent technique and a wide range of shots. The thing which stands out most is his head position while playing any shot. It is as still as anyone would like.

We can say TNPL is a short version of IPL restricted only to the state of Tamil Nadu. The tournament has been quite successful in giving a platform to youngsters where everyone can see the talent of players. T Natrajan, Sai Kishore are prime examples of it. Jagadeesan though was the first one to take advantage of TNPL, he finished as the highest run-getter of an inaugural tournament. In 8 matches he scored 397 runs at 56.71 striking at 120.66. The unbeaten 87 was his best.

In the same year, he made his First-Class debut for Tamil Nadu on 27th October 2016 where he was Man of the Match. Just in a span of 2 months or so, he put on the Tamil Nadu yellow for the first time in List-A and T-20 cricket for inter-state matches.

He has a Disappointing first season with CSK 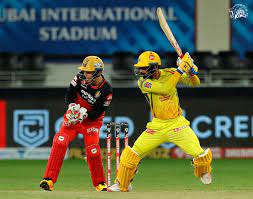 He has been in the CSK setup since 2018 and finally in 2020 IPL got the chance to play the match. The debut came on 10th October 2020 against RCB. CSK had had a poor IPL that season where nothing was clicking. Jagadeesan couldn’t help them either as he only managed to score 33 runs in 5 games. It was a miserable tournament for CSK and no one should point out Jagadeesan’s low scores.

Jagadeesan proved his worth once again in 2020-21 Syed Mushtaq Ali Trophy where he finished as the highest run-getter scoring 364 runs in eight matches at 72.80 with a strike rate of 141.08. 2021 seems to be his year as he became the highest run-scorer for Tamil Nadu in Vijay Hazare Trophy. The 217 run includes a century against Punjab.

There might not be a chance to show off his skills behind the wicket as MS Dhoni will be there, but he might be the contender to take the wicket-keeping baton from MSD whenever he decides to pass it.

Batting-wise, he would be hoping to convert the scratchy start that he had in the 2020 IPL into a productive run in the upcoming second leg of IPL.