Who is Parul Parmar, one of India’s para-badminton medal prospects at Tokyo Paralympics ? Parul Dalsukhbhai Parmar was born on 20 March 1973 in the Indian state of Gujarat. She is a para-badminton player who represents India in the SL3 classification. At one point in time, she ranked world number 1 in this particular classification.

Parul was diagnosed with Poliomyelitis at a very tender age. As if this was not enough, Parul also fell from a swing in the same year due to which she broke her collar bone and right leg which took a very long time to heal. 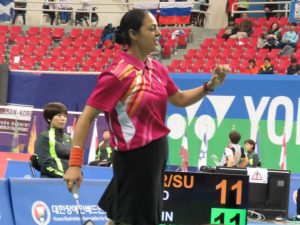 Parul’s father was a state-level badminton player and he would regularly visit the local badminton club for practicing. Later, Parul also started to accompany her father to the badminton club where she developed an interest in this sport.

While playing badminton with her friends in her early days, Surendra Parekh who was a local coach noticed Parul’s potential and talent and he encouraged her to take the game a bit more seriously.

Parul is a three-time world champion and her hard work and perseverance have also earned her the gold and silver medal at the 2014 Asian Para Games in Incheon. The gold medal came in the women’s singles SL3 classification.

In the next edition of the Asian Para Games in Jakarta Palembang, she again won the gold in women’s singles. She has also repetitively conquered the BWF Para-Badminton World Championships. 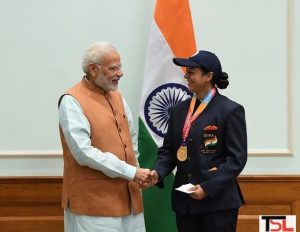 Parul won the same set of medals in the 2019 edition in Ulsan, South Korea. She also works as a coach with the Sports Authority of India and she lives in the capital of Gujarat, Gandhinagar.

Parul also represented India at the Tokyo Paralympics 2020. She did not have the best of campaigns as she failed to register a single win during the course of the games.

Due to her exemplary performances across years in the sport of Para-Badminton, Indian President – Pratibha Patel felicitated her with the Arjuna Award in the year 2009. She has also received the Eklavya Award from the Government of Gujarat.