Who is Ekta Bhyan, one of India’s medal prospects in para dis throw in Tokyo Paralympics 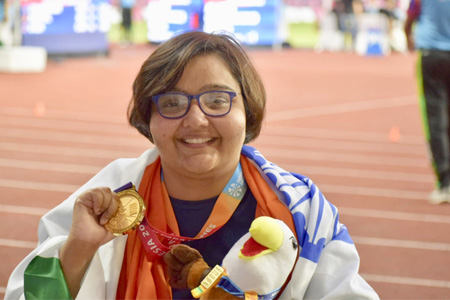 Ekta Bhyan was born on 7th June 1985 in Hisar, Haryana. She is an Indian para-athlete who represents her country in the sport of Discus Throw.

She has already represented India at the 2018 Asian Para Games in Jakarta Palembang and she has also qualified for the 2020 Tokyo Paralympics.

Ekta is supported by the GoSports Foundation through the Para Champions Programme.

Ekta was born to a retired district horticulture officer Baljeet Bhyan. Ekta was involved in a road accident in 2003 wherein she damaged her spinal cord. 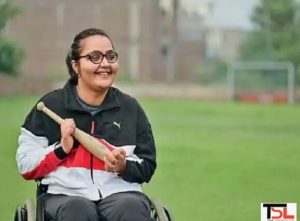 By 2015, Ekta started playing on her way to get back her fitness. Later she met Amit Saroha who really motivated and inspired her to become a para-athlete just like him.

Ekta went through two operations and a lot of hard work and perseverance which made her confident.

Ekta’s competitive career started when she participated in the 2016 IPC Grand Prix in Dubai.

Here her hard work earned her the silver medal in club throw. She again participated in this event’s next edition in 2017 where she finished fourth but broke the Asian record in both club throw and discus throw.

Ekta also participated in the World Para Athletics Championship held in London, the UK. She ended the event being ranked 6th internationally and 1st in Asia, in club throw. 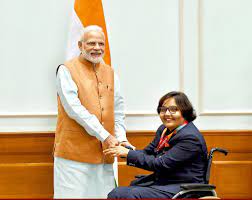 This was a watershed moment in Ekta’s sporting career as she became the second woman from India to win gold at the Asian Para Games.

After this, there was no looking back as she participated in the World Para Athletics Championships where she won the Paralympic Quota for Tokyo 2020.

Ekta did not have the best of campaigns in Tokyo as she finished at the eighth position in the women’s club throw F51 event. The result was surprising as Ekta was one of the strongest medal contenders in this particular event.