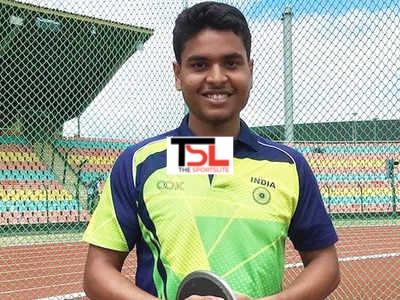 Indian para-discus thrower Yogesh Kathuniya wins the silver medal with a best throw of 44.38m at the Tokyo Paralympics.  He competes in the men’s discus throw F56 event.

Yogesh started the final with a disappointing foul throw after which he regained control and produced a throw of 42.84m.

This creditable throw was followed by a couple of more foul throws which almost sunk his hopes of a top-three finish. 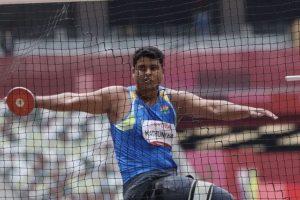 After this what we saw was a completely different Yogesh. He came out all guns blazing for his next throw and improved to 43.55m.

As if this was not enough, he saved his best for the last and produced a jaw-dropping throw of 44.38m. This throw which won him the silver medal was also his best attempt in this season.

Brazil’s Paralympic and World Record holder Claudiney Batista dos Santos unsurprisingly ran away with the gold medal. The defending champion’s best throw of 45,59m was more than 1m ahead of the silver medalist Yogesh. 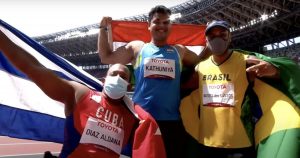 Cuba’s representative Leonardo Diaz Aldana finished third with an attempt of 43,36 in a final field of eight athletes.

Iranian Ali Mohammad Yan holds the Asian record in this event who has the best throw of 45,49.

Yogesh added to India’s medal tally as it moved to 5 medals. The bronze won by Vinod Kumar in the discus throw on Sunday is still under review due to a protest over his disability classification.