Who is Yogesh Kathuniya, India’s medal prospect in the discus throw?

Yogesh Kathuniya was born on 3rd March 1997 in New Delhi. He is an Indian Paralympian who competes in the para discus throw. He has also represented India in a range of international events.

At the age of eight years, Yogesh suffered a paralytic attack which leads to an impaired condition of his limbs. He has also completed his higher education in the field of commerce from Delhi University’s Kirori Mal College.

It was during his time here, several coaches noticed his talent and potential. 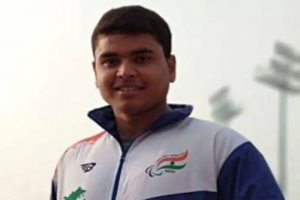 Yogesh soon started training under the tutelage of renowned coach Satypal Singh at the Jawahar Lal Nehru Stadium in Delhi.

Singh has conferred the Droncharya award in the year 2012 for his exemplary contribution as a coach by the then President of India Pranab Mukherjee.

Kathuniya participated in his maiden international competition when he participated at the Para-athletics Grand Prox in Berlin the capital of Germany. 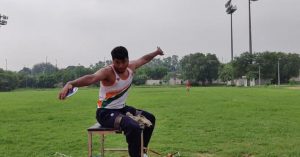 Here Yogesh’s taken was on exhibition for all the spectators and the ones glued to their tv screens as well, as the Indian broke the world record in the F36 category.

What made this an even stunning achievement was the fact that this was achieved in his maiden international event.

After this, Yogesh Kathuniya participated in the 2019 World Para Athletics Championships in Dubai. Here he recorded a best throw of 42.51m.

This stupendous effort also saw him qualify for the grandest stage of them all – the Paralympic Games in Tokyo, Japan. He seemed in imperious form during the course of the games. He bagged an impressive silver medal in the Men’s discus throw F56 event.