The SportsLiteSports at just one click!
HomeKabaddiBengal Warriors – owner, History, Players, Records And Everything You Need To...
KabaddiPro Kabaddi League

Bengal Warriors – owner, History, Players, Records And Everything You Need To Know 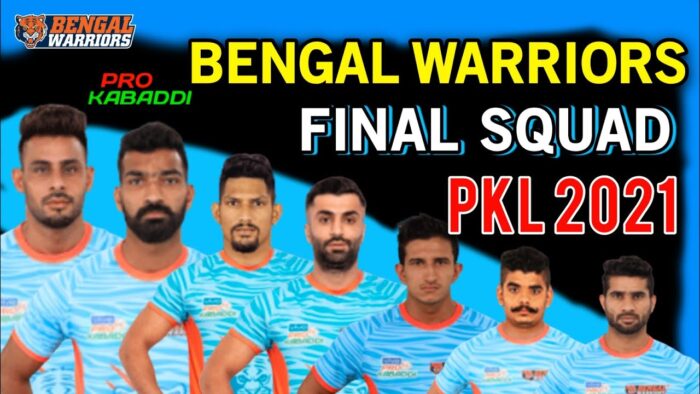 Bengal Warriors is a Kabaddi team that is originally based in Kolkata, West Bengal. It is run by a franchise owned by Future Group, promoted by Kishore Biyani. They did not have an appreciable campaign in the first two seasons of the league. The team performed poorly and ended at lower levels. After several failures, they completely revamped the squad and consistently qualified for the playoffs in 2017, 2018, and 2019 ever since.

The journey of Bengal Warriors from the inaugural season till now

Following is the list of players currently signed by the franchise:

Who is the Owner of Bengal Warriors Kabaddi Team?

Bengal Warrior is a Kolkata, West Bengal-based franchise that is owned by Future Group. It was founded by Kishore Biyani and is known for having a significant prominence in the Indian retail and fashion sectors. They entered the sports industry by investing in Bengal Warriors in the Pro Kabaddi League. Akshay Kumar is an Indian-Canadian actor, film producer, and television personality. With a partnership with Akshay Kumar, Bengal Warriors brought in a breath of fresh air and positivity packed with a stronger team.

These are some of the records under the name of Bengal Warriors:

Bengal Warriors have the capability to continue this consistency. In this season they will come on the floor to defend their title of CHAMPIONS! There is no doubt that this team holds a good amount of chances to win the Pro Kabaddi League 2021 Champions title AGAIN!

U Mumba VS Puneri Paltan: Mohit and Abinesh star in Maharashtrian derby, Beat U mumba for the second time this season.

UP Yoddha Vs Patna Pirates: Patna Pirates defence controlled the last ten minutes of the game to secure a vital victory in the fight...