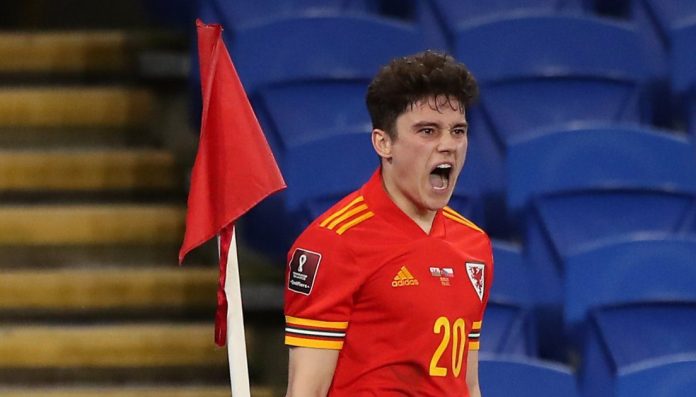 The Hen Fy Wlad Nhadau will be heard at a FIFA World Cup venue once again. The men from Wales are coming back to the World Cup after 64 long years.

The first time the dragons featured in the World Cup was in 1958. The squad of Wales shocked many by drawing Sweden, Hungary, and Mexico. The Welsh moved on to QFs by defeating the Magyars. They fell down to eventual Champions Brazil in the Quarter Finals. Former Welsh international Rob page will lead a team of experience and youthful fervor at the sandy dunes of Doha.

The talismanic Bale is an amulet worth talent and old school experience. Bale having been presented with one of the greatest honors so many Welsh legends missed out on. Merged with the experience from Aaron Ramsey, Wales could be a strong force. The squad boasts a bunch of young individuals who could change the game in the most unexpected moments. Daniel James can run crazy, Brennan Johnson and Neco could wreck the opposition’s with their tactical youthfulness.

Check out the fixtures, ticket details, and more about the Wales Football Team at the FIFA World Cup 2022 down below.

FIFA World Cup 2022: The Dragons drawn in Group B with home nation England

Wales is drawn into Group B at the upcoming FIFA World Cup 2022. The Welsh Men are joined by England, USA, and Iran in the Group.

The 90-minute football has declared the group as the most difficult based on current world rankings. English is the highest in the group as of now. The USMNT ranks 14th, Wales at 19th, and Iran at 22nd. The English and Welsh men are coming with massive defeats and embarrassment. In addition, the English are facing squad woes. Could Wales top the group?

The group is marred with doubts who will qualify. Iran’s recent developments can cause them to be kicked out, maybe? Considering a situation like that, Wales would have to defeat just one team or draw against both in order to qualify. Looming over USA’s inexperience at such a stage and England’s recent failures, the Welsh might squeeze through to R16.

Tickets for the Wales match at the World Cup

The tickets for the FIFA World Cup 2022 are on sale at the official site FIFA. The tickets are available on a first come first serve basis and can be a lot to handle due to immense traffic happening on the sites for the same.

Where to watch Wales at the Qatar World Cup 2022?