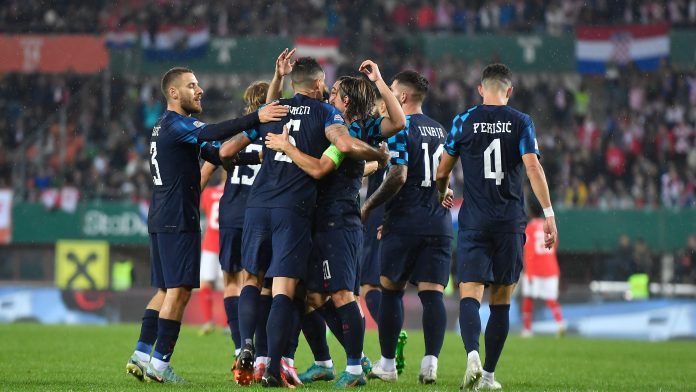 From Davor Sukor to Luka Modric, The Croatians have been a strong forte in FIFA World Cup. The Checkered Ones have presented their versatile version of playing the field tactically and in an agile fashion.

The Croatian side of 1998 reached the semi-finals thereby shocking the football world. The legacy of the 1998 Broncani stayed aligned with the competitive fiery passion of Croatia. The team of the year later assisted in creating the team of 2018. The 2018 team is credited as one of the best in the world at the time. The team led by Luka Modric defeated every other team in the group including Argentina. They kicked out Denmark, and Russia in successive rounds to set up a meeting with England in the semis. When the world chanted “It is coming home”, Croatia killed the dreams of millions of English fans. Even though they fell to France in the final, They returned home as one of the most remembered FIFA teams.

Can Croatia emulate the successes of 2018 in Doha? Will Modric once again lead the Checkered Ones to victory?

The Blazing Fire or the Checkered Ones expects a better group stage than the previous one. It will be tough to top the group stage but they will easily qualify.

The strongest contender in Group F is Belgium. Croatia vs Belgium will see Modric facing de Bruyne and for some reason, that screams popcorn. It will be difficult for the Croatians to squeeze out of the match victorious. However, Croatia is no small side. they are loaded with youthful fervor and stamina.

Morocco and Canada are relatively smaller sides that Croatia might destroy without many tense games. But anything can happen. It’s FIFA World Cup!!

Tickets for the USA match at the World Cup

The final sale tickets for the FIFA World Cup 2022 are on sale at the official site FIFA. The tickets are almost completed and the current ones are on a first-come-first-served basis. It is better to have a strong connection and a hope that one will get the ticket

Where to watch the Chequered Ones in action at the Qatar World Cup 2022?

The FIFA World Cup 2022 is broadcasted over different countries all over the world. In India, Viacom18 broadcasts the entire World Cup. The JioTV and VootSelect live stream the game on an online basis.

Croatians can watch the matches on HRT or Hrvatska Radiotelevizija, the Croatian radio Teleevision