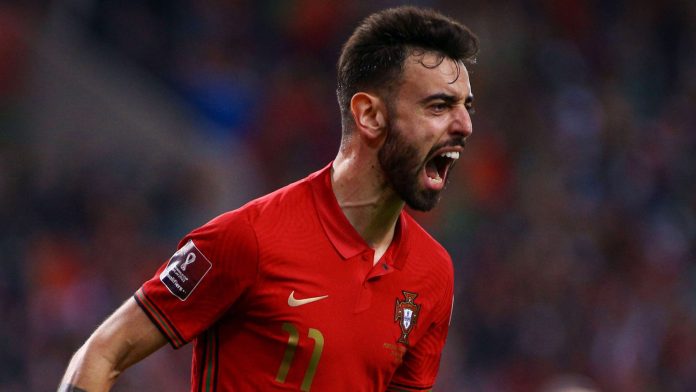 The western European nation of Portugal boasts the name and fame of the highest goalscorer in International Football, Cristiano Ronaldo. The Navigators as the Men’s Football team is called has appeared in FIFA World Cup Finals on seven different occasions.

Portugal first appeared in World Cup in 1966. They created massive history by finishing third in the tournament. After a hiatus of almost 20 years, Portugal featured in the 1986 World Cup. They did not have the same luck as their predecessors. After not qualifying for 16 long years, Portugal joined the World Cup in 2002. Since then, The Navegadores/Navigators have constantly featured in World Cups. Their best place in recent years is fourth place in Germany.

Portugal rose as one of Europe’s fiercest footballing nations in very recent years. They won Euro 20 and won the Nations League. Cristiano Ronaldo, a legend in football has won everything but not the World Cup. With his final chance waving in front of him, can the GOAT claim the prestigious trophy?

Remember South Korea, the dark horses of 2002. Or maybe the Ghanian side or the Uruguayian side of 2010. The four teams in Group H are known to be unexpectedly good. Uruguay are said to be relentless, Ghana untimely explosive and South Korea tactically brilliant.

Nothing can be confirmed as of now. The Navigators and Argentina face-off can only happen if Portugal tops the group. Considering the tacky nature of the group, it is highly unlikely that Portugal might top the group. The recent form of Ronaldo isn’t very Siuesque, injury aggravations are tormenting the squad.

Tickets for the Portugal Match at the World Cup

The tickets for the FIFA World Cup 2022 are on sale at the official site FIFA. The tickets are available on a first-come first-serve basis. They might be harder to attain as Portugal tickets are easily sold out and carries heavy traffic

Where to watch Portugal at the Qatar World Cup 2022?

The FIFA World Cup 2022 is broadcasted over almost all countries all over the world. RTP, SIC, Sport TV, TVI are the broadcasters with FIFA Broadcasting rights for the upcoming World Cup in Portugal. In India, Viacom18 broadcasts the entire World Cup. Online, JioTV and VootSelect live stream the game.