10 Best Characters in Free Fire and their abilities 2022 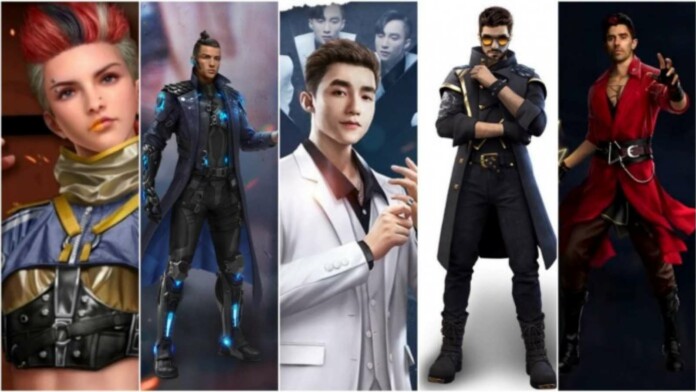 Free Fire is a brand in itself. It requires no introduction in the gaming world. Like most of the other games of this genre, Free Fire is quite competitive. A player’s desire to reach the higher ranks depends on the characters they pick along the way. Characters have become an integral part of Free Fire. Players can acquire any characters available in the game. This article takes a look at the 10 best characters in Free Fire and their abilities.

Laura is a character in Garena Free Fire. She is an outstanding special agent. ‘Sharp Shooter’ is Laura’s special survival skill. This increases her accuracy several times. Laura is one of the most loved players in Free Fire. Her skill is super helpful for new players who are not able to control their aim properly.

Xayne is an extreme sports athlete. She possesses an ability named ‘Xtreme Encounter’. At the earliest level, it provides 80 HP to the player and 40% increased damage to shields. After that, at the maximum level, the damage is increased to 100%.

Undoubtedly, Hayato is the most used character in Free Fire. He has a passive skill called ‘Bushido’. For instance, this skill is useful in increasing armour penetration by 7.5%. However it does decrease maximum HP by 10% at the base level. However at the maximum level the armour penetration is increased by 10% on the cost of 10% decrease in maximum HP.

Shirou’s in-game description describes him as the the fastest delivery guy around. ‘Damage Delivered’ is the ability he possess . Shirou has a passive ability in Free Fire and is also very beneficial when used in skill combos. His ability will mark the opponent who hits the player with 80m for 6 seconds. When the player counter-attacks, his/her first hit is boosted by 50%.

This character has a passive ability named ‘Sustained Raids’. He is usually preferred by players who use Shotguns. With every kill from the assigned weapon the players regain some HP. At the maximum level, each kill results in increase of hp by 40.

According to the in-game descriptions Moco is an outstanding hacker. Moco marks the enemies that are shot for 5 seconds. In addition to this, the known information is also shared with the teammates. Therefore, by using this character, players can know the enemy’s location upon shooting them.

Skyler has the ability to destroy gloo walls within a certain radius. His active ability is Riptide Rythm. The player can gain HP when they deploy gloo walls.

DJ Alok tops the list of top 10 characters in free fire. He stands above all the characters, and undoubtedly is the best. He is the most coveted character in Free Fire and players are still crazy for this character in India. His active ability, named Drop the Beat, creates an aura of 5m. In addition, it also increasing the allies’ movement speed by 15%, and restoring five HP for 10 seconds. This is one of the characters that lets the player play aggressively.

Check out: How to play Free Fire Game Online without downloading it on Mobile