The SportsLiteSports at just one click!
HomeCricketTop Five Players with Most Sixes in a T20 World Cup Inning
CricketForever FactsTop-5/Top-10 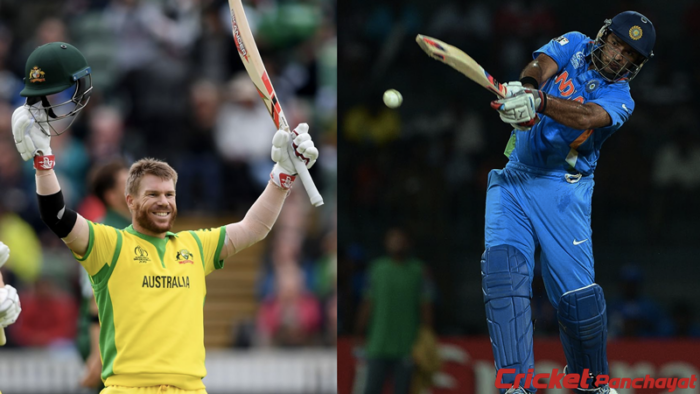 Over the years, we’ve seen some era-defining knocks from batsmen in the T20 World Cup. Promising non-stop cricketing action, T20s have been cherished by the younger demographic. The fastest fifties, fastest hundreds all have one thing in common: setting the stage on fire with those massive sixes. With that being said, here’s a list of the top five players with the most sixes in a T20 World Cup inning.

The following is the first of many (spoiler alert!) mentions Chris Gayle has on this list. In a match against former champs India, Gayle wreaked havoc and reigned supreme above all. The left-hander scored 98 runs in 66 balls with the help of 5 fours and seven sixes. West Indies finished with 169/6 in 20 overs and in response, India could only manage to score 155 runs.

Powered by David Warner’s fascinating innings, Australia reached a commendable total of 184 against India in 2010. Warner scored 72 runs in 42 balls with the help of 2 fours and 7 scintillating sixes. Peace was never an option for the Indian bowlers as the Pocket Dynamite slaughtered them all over Bridgetown. India was reduced to 135 runs in 17.4 overs as a result of this, Australia convincingly won the match by 49 runs.

Yuvraj Singh’s 12-ball fifty is a perfect example of what happens when you rub Indians the wrong way. Yuvi was sledged by England’s legendary all-rounder Andrew Flintoff and what followed next is history. In what is arguably the most infamous over in cricket history, Yuvraj smashed Broad for 6 sixes in an over. It was raining boundaries in Durban as sixes were coming from left, right, and center. Yuvi ended his innings remaining not out at 58* off just 17 balls with 3 fours and 7 gigantic sixes. This remarkable inning fueled India’s momentum as they went on to not only win the match but also lift the 2007 T20 World Cup trophy.

Yes, Chris Gayle is back at it again. The Universe Boss scored 117 runs in 57 balls against South Africa in the 2007 T20 World Cup. Captivating the viewers with his effortless strokes, Gayle 7 fours, and 10 sixes in his innings. Despite Gayle’s efforts, the West Indies team could not register a win as the Proteas chased the massive total with 14 balls to spare. Gayle’s masterclass led the charts from 2007-2016 until he decided to take matters into his own hands and do one better.

West Indies’ explosive opener Chris Gayle scored an unbeaten 100 in just 48 balls against England in 2016. Going hell for leather once set, he hit 5 fours and a staggering 11 sixes in his record-breaking inning. Gayle beat his own record for the most sixes by a batsman in a single inning of a T20 World Cup. His special efforts helped Windies chase the 183-run total with relative ease. Appearing on three separate occasions in a top-5 article Gayle has left quite a legacy behind. As a result, calling the “Universe Boss” the T20 GOAT is an understatement.