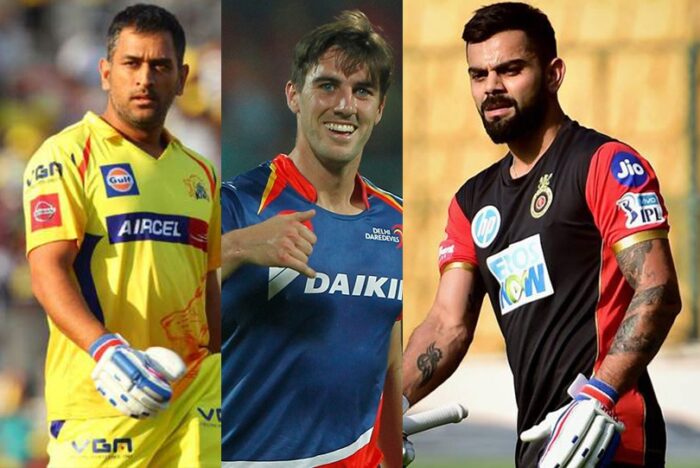 We all are very well aware that IPL is one of the richest league cricket in the world. Teams are spending substantial amounts of money each year adding to their brand value figures. Players from all around the globe are earning hefty amounts. With every season new players add to the list and start their journey. So in this article we’ll look upon the highest paid players in the IPL.

Highest paid players in the IPL

The most successful captain in the IPL ranks 5th in the list. Rohit Sharma who leads Mumbai Indians earns a whopping 15 crores from each IPL season. Under his captaincy, the team has managed to bag five titles till date.

Also Read–Top 3 teams with the most IPL titles

MS Dhoni, the captain of Chennai Super Kings stands at the fourth rank. Even at the age of 40 years he earns a massive income of  ₹15 crores. But still he is a man with great potential who has consistently shown wonders in his captaincy and batting style. Talking about the facts, he is the richest Indian cricketer after Sachin Tendulkar with a net worth of USD 110million.

The Australian fast pacer also made it to the list of highest paid players. He earns more than Rohit Sharma and Dhoni in the IPL. Although he gets a stupendous income of 15.5 crores, he came out as a quite productive player for KKR.

In the last auction, Chris Morris stunned everyone as he swooped a 16.25 cr. deal with Rajasthan Royals. He faced a lot of criticism after the auction. However he proved his worth in the first part of IPL,2021 and hopes are still high on him. So he was added to this list in the last year only and we’ll see how Rajasthan will use him to his best.

The first rank is held by none other than the ace Indian Cricketer, Virat Kohli. He earns a whopping ₹17 crores which is till now the highest in the IPL. Although his team RCB has never won a title, he deserves the appreciation for his gutsy knocks and performances. He brings immense value to the tournament which cannot be measured in figures.

For more interesting & unheard facts about cricket and sports, please visit thesportslite.com frequently. Thank you for visiting. Have a good day ahead. Keep Following.