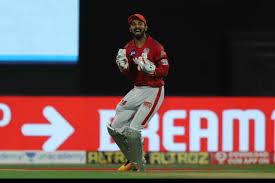 KL Rahul is one of India’s most highly regarded wicketkeeper opening batters of the next generation. From filling the no.4 spot to performing world-class wicketkeeping when there was no wicketkeeper, this man has always been a knight in shining armor for the Indian cricket team. This gentleman came into the limelight following his 2013-14 season. He laid the groundwork for Karnataka’s Ranji Trophy victory with 1033 runs, including three tons and a Man-of-the-Match performance in the final. He is the 12th cricketer to score a century in all three formats and the third Indian. Apart from setting international records, this incredible player has set records in the world’s most challenging league, the IPL. So, lets have a look at the Best Five KL Rahul’s record in IPL

KL Rahul has been in fine shape in the IPL over the previous several years, establishing himself among the top ball smashers in the league. Rahul scored a 14-ball half-century against Then Delhi Daredevils and now Delhi Capitals in April 2018 while playing for Punjab Kings, which is still the quickest half-century in the history of the IPL Franchise.

Lokesh Rahul’s form has been on a different level over the last few IPL seasons. He has consistently scored runs for the Punjab Kings (or Kings XI Punjab). Last season (2020), Lokesh Rahul scored 670 runs, making him the league’s leading scorer. And he was the first Punjab player to accomplish that feat.

3. Indian with the highest personal score

When it comes to the highest individual score by an Indian, KL Rahul stands at the top of the list. Against his former team, RCB, he scored 132 runs in 69 balls with a strike rate of 191.30. His 132 Runs score places him fourth in the most excellent Individual score by a batter (both overseas and Indian).

If consistency is the keyword, KL Raul is the definition. KL has consistently scored runs for the squad on which he plays. When it comes to batting average, this player has played 89 matches and scored runs with a batting average of 46.56, making him the best batter in the IPL in the case of Batting average.

KL Rahul becomes the fastest Indian in IPL history to reach 2k runs, doing it in just 60 innings, shattering the record of the great Sachin Tendulkar.