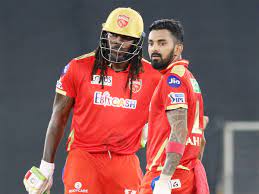 T20 cricket is the most well-known and shortest cricket format. Chris Gayle is the man who can be referred to as the T20 format’s ambassador. Chris Gayle is a cricketer who proves that “age is nothing but a number.” Even though he is 42 years old, he is still one of the best openers in the history of Caribbean cricket. Furthermore, he is one of the oldest active cricketers in the modern era. Chris Gayle holds nearly every T20 cricket record, from being the first centurion to having the most centuries. This is not the only thing he is known for; this colossus competes globally in practically every cricket league, from BPL (Bangladesh premier league) to IPL (Indian premier league), and holds numerous records. On the other hand, Chris Gayle has some incredible records in the IPL, proving that he is the UNIVERSE BOSS. Top 5 Chris Gayle’s record in IPL are as follows:

This Powerhouse owns the record for the most centuries in IPL history, with six tons. All six centuries had come to support a victorious cause. Three of the six centuries occurred against his current team, Kings XI Punjab (then) and Punjab Kings (currently).

Gayle holds the record for the most runs scored in a single inning, with 175 runs against the Pune Warriors India. This record seemed unattainable because it is 17 runs higher than a batsman’s second-highest score in IPL history, which Brendon McCullum holds.

When it comes to scoring sixes, no one comes close to him. Hitting sixes is like eating bread and butter for Chris Gayle. This man holds nearly all of the IPL records for sixes. From a record of 349 sixes in 131 innings (an average of 2.66 sixes per innings) to the most number of sixes in an inning (17).

Chris Gayle has participated in the IPL for 12 seasons and has been on three different teams. This gentleman has made about 56.6 crores from the IPL, making him the 7th highest paid cricketer in the IPL tournament.

Chris Gayle is famed for his sixes against bowlers. However, it is a little surprising that he is the third-highest overseas four-scorer in IPL history. This places him as the 10th highest four scorers in the IPL’s history. This demonstrates not only able to score sixes but four as well.