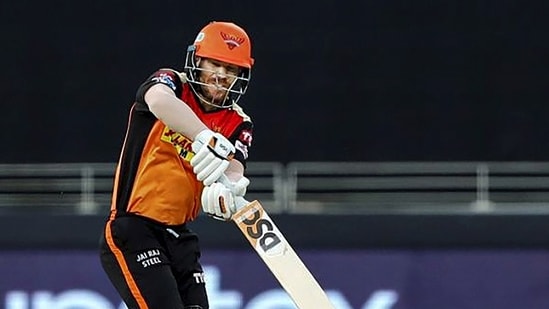 One of the most lethal openers across formats, David Warner, captained SRH to their first tournament victory in 2016. Despite his exceptional batting abilities, he was the one who was embroiled in a ball-tampering scandal in South Africa in 2018. However, in the aftermath of the scandal, he was the one who came in with a vengeance not only in IPL but also in international cricket. After serving a one-year ban, he scored a century in a practice match. He returned for the 2019 World Cup and had a productive tournament before suffering a record-breakingly poor performance ashes series in which he scored 95 runs in 10 innings. The comeback was emphatic, with an unbeaten 335 against Pakistan in Adelaide – the second-highest Test score by an Australian – during a home summer that earned him the Allan Border Medal. Regardless of David Warner’s roller-coaster ride, He holds numerous IPL records (Indian Premier League) that make him one of the greatest IPL. Some of the David Warner’s record in IPL are as follow.

David Warner is an incredible player as well as a fantastic Captain. In the active lot of captains such as MS Dhoni, Rohit Sharma, and Virat Kohli, he has the third most significant victory percentage (52.17), proving his greatness as captain.

2. Maximum fours by an overseas player

No foreign player comes close to him when it comes to scoring Boundaries on the ground. With 525 boundaries, he owns the IPL record for most fours by an overseas player.

3. Maximum Runs by an overseas player

Everyone is aware of David Warner’s ability to score runs. Everyone knows how lethal he is, and his lethal batting makes him the top overseas run-scorer. This places him fifth among top run-scorers (both Indian and overseas).

David Warner has played in the IPL for 12 seasons, with two different teams, the Delhi Daredevils and the Sun Risers Hyderabad. This gentleman has earned approximately 70 crores from the IPL. This makes him the fourth highest-paid active overseas cricketer in the tournament.

5. Winner of the most orange cap

David Warner has been a member of SRH for the past eight years. He won the orange cap three times, and all three times, he played from SRH. This proves that He has been one of the SRH’s most valuable assets. (At sport lite we think this is the best David Warner’s record in IPL)