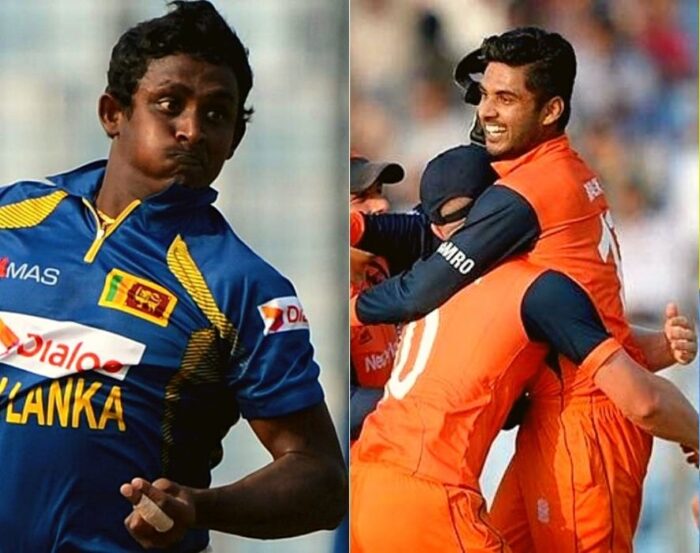 Over the years, T20s have become more batting-friendly. Batters are known to dominate this format as they have the license to score runs freely. The batters have innumerable deliveries to craft their innings while a bowler is assigned only 24 balls each. As a result of which, a bowler taking wickets in bunches isn’t a common phenomenon in T20 cricket. However, if chemistry has taught me anything, it’s that there are always exceptions to the rule. Case in point, the following bowlers who shell-shocked the opposition and single-handedly changed the course of the match. That being said, here is a list of the top five best bowling figures in the T20 World Cup.

Mustafizur Rahman ran through New Zealand’s batting lineup in a group stage match back in 2016. Bangladesh’s young sensation tore the lineup to shreds with his fiery bowling. The Fizz’s impressive figures of 5/22 helped Bangladesh bowl out NZ for just 145. However, this didn’t really help Bangladesh’s cause as they were skittled for just 70 runs.

Going hold for a hold against the formidable T20 Giants, the Proteas; the Netherlands almost pulled off an upset. It was all possible courtesy of some majestic bowling by Dutch bowler Ahsan Malik. Malik made the ball talk during the Netherlands vs South Africa clash in the WT20 2014. With figures of 5/19, Malik helped wrap up South Africa’s innings for just 145 as the Netherlands had set their eyes on a monumental win for the ages. This however wasn’t the case as the Netherlands were bowled out for 139, falling short of 6 runs.

Channeling his inner Curtly Ambrose, Umar Gul wreaked havoc against New Zealand back in 2009. Bowling magnificently, Gul wiped out NZ’s tail as if it were a walk in the park. Gul’s prowess helped Pakistan bowl out their opposition for just 99 runs. He was awarded man of the match for his sensational bowling figures of 5/6 as Pakistan comprehensively beat the Kiwis by 6 wickets.

New Zealand hasn’t had a chance to catch a break in this list, have they? The Kiwi’s tails may have been up having restricted Sri Lanka for 119, but Rangana Herath had other ideas. What looked like a cakewalk turned into New Zealand’s worst nightmare, courtesy of Herath. The slow left-arm bowler set a trap for the Kiwi batters and none could escape it. Giving away a record 3 runs in 3.3 overs, Herath grabbed his maiden 5-fer in T20 World Cups.

Capping off this list we have Sri Lanka’s spin wizard, Ajanta Mendis. Mendis ripped apart Zimbabwe’s batting line-up with his mysterious deliveries while becoming the only bowler to grab 6 wickets in a single match. He systematically destroyed the opposition as Zimbabwe looked clueless in the middle. His brilliancy helped Sri Lanka beat Zimbabwe with ease by 82 runs. Ending with 2 maidens, 8 runs, and 6 wickets, Ajanta Mendis registered the best ever bowling figures in the T20 World Cup.