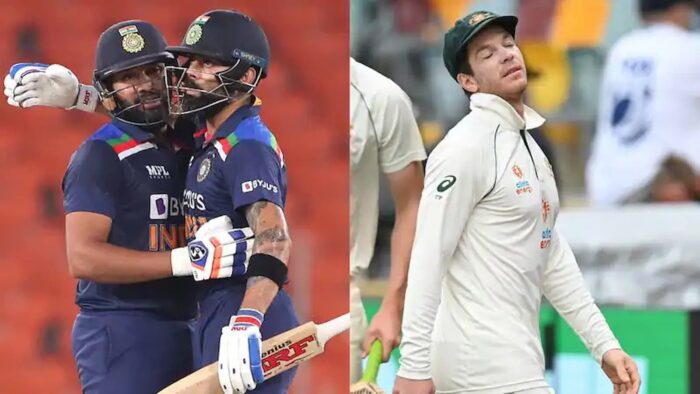 The Covid-19 was the center of attraction for a number of controversies in 2021. After a successful 2020 IPL in UAE, BCCI decided to bring IPL back in India for 2021 edition. Though, it started well. But in the middle of the season, Coronavirus entered the bio secure bubble. It caused chaos in the tournament. Several members of CSK, KKR, and SRH were tested positive. BCCI then had no option but to postpone the tournament indefinitely.

However, the tournament moved to UAE in September where Chennai Super Kings lifted their fourth IPL trophy.

4. Ramiz Raja’s appointment as chairman led to the coaching staff stepping down from their roles

On September 13, former Pakistan captain Ramiz Raja was appointed as the Chairman of Pakistan Cricket Board. This move was not welcomed by the coaching staff at that time. Perhaps, the members of the coaching staff of the Pakistan Cricket Team weren’t too happy with the team. After Raja’s appointment, Pakistan head coach Misbah-ul-Haq and bowling coach Waqar Younis stepped down from their respective roles. This came just before one month before the start of T20 World Cup 2021.

However, Misbah and Waqar didn’t say anything against Raja and blamed the bio-secure bubble for the big decision ahead of a mega ICC tournament.

Wicketkeeper Tim Paine shocked the cricketing world after he put his resignation ahead of the Mega Ashes 2021-22. This came after Paine’s messages to his female colleague in 2017 came to notice. The messages contained allegedly sexually graphic texts. This news once again put Australian Cricket Board in limelight for bad reasons. Australian Cricket Board was heavily criticized for not handling the situation well.

After this decision, it was believed that Tim Paine will play in the Ashes. But Tim Paine once again shocked everyone. He took an indefinite mental health break from cricket. And currently, he is not playing in the ongoing Ashes.

Australia started their Ashes 2021-22 with a dominating 9-wicket win over England at The Gabba, Brisbane. But the biggest limelight was Stokes No ball drama on the first day. On Day 2, Ben Stokes overstepped the front crease 14 times in the opening session. But he was only told by the umpire twice. The issue come to notice when Stokes took the wicket of David Warner. But after checking, it was found out that it was a no ball.

Though, Cricket Australia came with a statement. They mentioned that DRS technology was not working at the Gabba and the third umpire could only check for the no-balls in case of wickets. This set the cricketing world on their foots. Due to this, this is the second on the list of 5 biggest cricket controversies of 2021.

Recently, BCCI sacked Virat Kohli as the ODI captain. But the way of sacking him was not acceptable by the Indian cricket fans. Kohli stepped down from T20I captaincy after T20 World Cup to manage workload. BCCI President Sourav Ganguly earlier mentioned that BCCI requested Virat to not step down from T20I captaincy. But Virat, in a press confernece, told that he was not asked by anyone to not step down from th position.

The BCCI’s handling of the situation was heavily criticized by Indian cricket fans. This is not the right way from BCCI to treat one of the best batsmen in all the formats. However, Kohli will remain as a captain in Tests. But due to his poor form and power shifting in India’s camp will have him under scanner in the longest format too. Due to the contradiction between the Board and one of the greatest batsman, this holds the first spot in the list of 5 biggest cricket controversies in 2021.