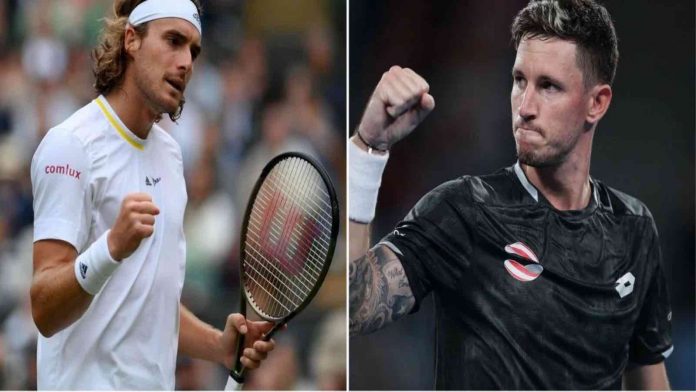 Tsitsipas has produced yet another outstanding season. After a strong start at the Australian Open semifinal, he went on to lose in the fourth round of the French Open. It was followed by a loss in the first round of the US Open and an elimination from Wimbledon in the third round. Tsitsipas has so far won two championships. He won his first championship of the year by successfully defending his Monte-Carlo Masters gold. At the Mallorca Championships, where he also won his first victory on grass, he won his second trophy. Additionally, he has placed second five times. The Stockholm Open on Sunday was most recent.

On the ATP tour, Dennis Novak hasn’t played as frequently as other players this year. In his debut competition, the Maharashtra Open, he was defeated in the first round. Another first-round exit occurred in Marseille after that. He later triumphed in one Davis Cup match for his nation while losing the other. At Wimbledon, Novak overcame Facundo Bagnis in the opening round before falling to Jason Kubler. The Austrian has had a pair of runners-up finishes on the Challenger circuit. For the Vienna competition, he received a wildcard.

After suffering yet another sad loss in the championship, Tsitsipas will be eager to move on. Given Novak’s dismal performance on the main tour, he couldn’t have asked for a simpler start than he received in Vienna. The fifth-ranked player in the world should advance without incident.