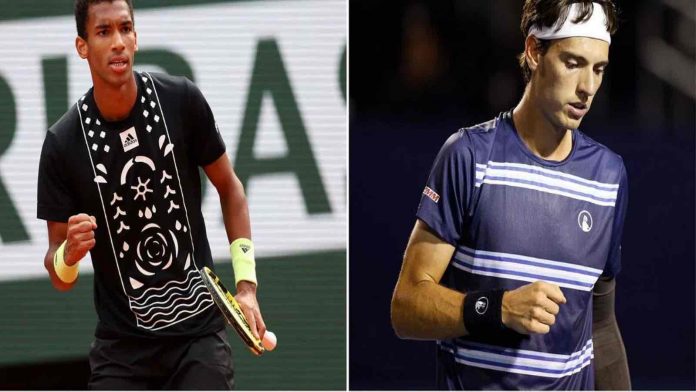 The 2022 Swiss Indoors’ opening round will take place on Wednesday, with third seed Felix Auger-Aliassime facing off against World No. 62 Marc-Andrea Huesler.

This season, Auger-Aliassime has had a lot of success. He represented Canada and won the ATP Cup at the beginning of the year. He also advanced to the Australian Open quarterfinals. The next week, in Marseille, he finished in second place after winning his first career title at the Rotterdam Open. Prior to the French Open, where Auger-Aliassime advanced to the fourth round, he enjoyed a string of successful performances. Despite having a strong start to his grass swing, he was defeated in Wimbledon’s opening round. Similar to this, he lost in the second round of the season’s last Major. Auger-Aliassime has won championships in Firenze and Antwerp since his defeat in New York, and he entered Basel with an eight-match winning run.

Marc-Andrea Huesler is now experiencing a breakout campaign. He competed on the Challenger circuit for the first part of the year before switching to the ATP tour. He lost to Laslo Djere in two close sets in the Winston-Salem Open semifinals. He suffered a first-round defeat at the US Open. Huesler participated in the Sofia Open after being eliminated in the first round of the San Diego Open. By defeating Holger Rune in the championship match, he went on to win his first ATP title there. He has now lost in the opening round of the European Open and Astana Open.

This will be their first encounter so the head-to-head is 0-0.

Huesler will have to significantly step up his game to compete with the Canadian. He makes good use of his left-handed serve, and his backhand is also quite reliable. It’s impossible to imagine Auger-Aliassime losing this early, though, given his current form.