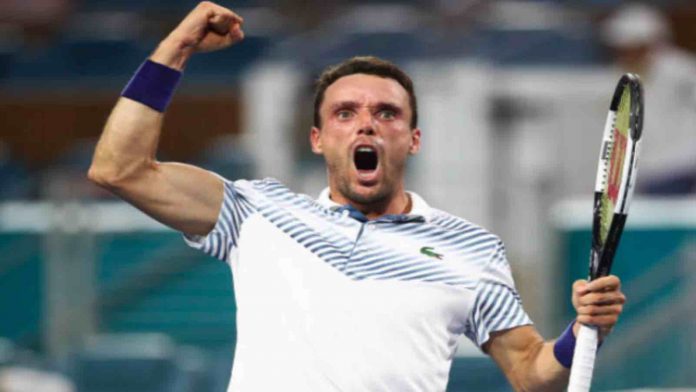 On January 17, the No. 24 seed Roberto Bautista Agut of Spain will play Joao Sousa of Portugal in the opening round of the 2023 Australian Open.

Roberto Bautista Agut’s year began with a defeat in the Adelaide International 2 final. Prior to the Australian Open, Bautista Agut, who had defeated Alejandro Davidovich Fokina and Robin Haase in the previous two rounds, would be pleased with his performance. The Spanish player, who will participate in the competition for the 12th time, reached the quarterfinals in 2018. He advanced to the third round of the competition the previous year but lost to Taylor Fritz in a five-set match.

The Australian Open main draw will see Joao Sousa for the tenth time. The 82nd-ranked player in the world from Portugal has three times advanced to the third round of the competition, but never beyond. He did not have a good tournament preparation this year. He competed in Auckland’s qualifying rounds, beating Christopher Eubanks in the second round but losing to Reynolds Finn in the first, who had a far lower ranking. Despite being a fortunate loser, he still advanced to the main draw before being eliminated in straight sets by Richard Gasquet.

Bautista Agut and Sousa are tied at 3-3.

Bautista Agut has the advantage in this matchup despite the fact that they had split the wins in their previous six encounters on the tour. In addition, he has been the more reliable of the two since their most recent matchup in Gstaad in 2019, which Sousa won. So anticipate that the Spaniard will win this battle.

Prediction: Bautista Agut to win in 4