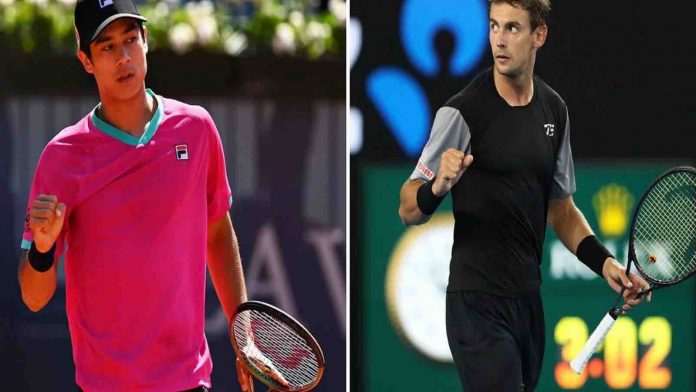 McDonald has compiled a 17-22 record so far this season, which is very mediocre. Until the Dubai Tennis Championships in February, where he advanced to the quarterfinals, he was unable to string two victories together. At the Miami Open, he advanced to the third round of a Masters 1000 competition for the first time, although he was defeated by Alexander Zverev. McDonald had a lacklustre clay swing, but he ended it with his first-ever French Open third-round appearance. The American’s grass season was quite comparable and culminated with a Wimbledon second-round defeat. In the opening round of the season’s last Grand Slam, McDonald was defeated by Joao Sousa.

With only three victories to his credit so far this season, Henri Laaksonen’s performance has been extremely poor. He was a lucky loser who reached it to the main draw after initially failing to qualify for the Melbourne Summer Set. The Swiss opponent was up 4-6, 6-3, and 5-2 when Benoit Paire resigned. But he still considered it a victory. After losing to Jaume Munar, Laaksonen went two months without a victory. At the Miami Open, when he again overcame Paire in the first round, he earned his second victory. The 30-year-old picked up his third and final victory of the current campaign at the French Open.

Laaksonen leads McDonald 1-0 in the head-to-head. He won their previous encounter at the 2019 U.S. Men’s Clay Court Championships in straight sets.

McDonald may be a challenging foe to wear down because of his dependability. The American can execute the majority of his strokes rather effectively, so if he plays his regular game, he should have no trouble getting past Laaksonen.