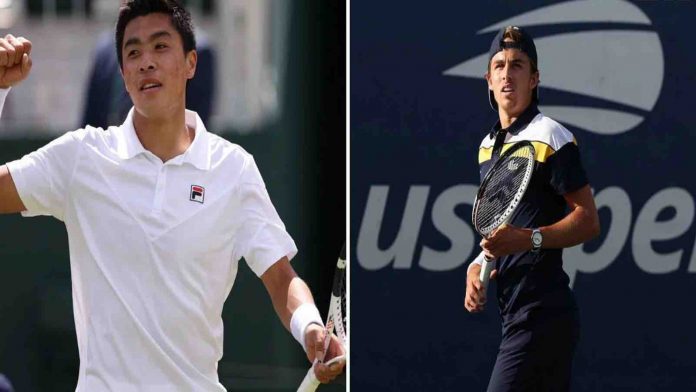 At the 2022 San Diego Open, Brandon Nakashima and Zachary Svajda will face off against one another in the opening round.

Nakashima’s season has been rather well thus far, compiling a 21-19 record. At the beginning of the year, he participated in his first event, reaching the quarterfinals in Sydney. At the Libema Open, Nakashima made it to his second quarterfinal of the year. At Wimbledon, the 21-year-old then advanced to the fourth round of a Major for the first time, when he fell to Nick Kyrgios in a nail-biting five-set match. He began his US Open tour by reaching back-to-back quarterfinals in Los Cabos and Atlanta. In Canada and Cincinnati, Nakashima was unable to go past the first round, but was able to turn things around at the US Open. He made it to the third round in New York for the first time but fell to Jannik Sinner.

The Challenger and ITF circuits are where Zachary Svajda mainly participates. He has won a few ITF championships thus far this year. The 19-year-old was given a wildcard to participate in San Diego and has been hailed as a potential talent. Svjada’s best performance on the main circuit was a second-round showing at the US Open in 2021. He received a main draw wildcard after posting some good performances as a youngster. In the opening round, he overcame World No. 81 Marco Cecchinato before falling to Jannik Sinner. Svajda is a native of San Diego, therefore this is a great chance for him to uplift the community.

Given the vast difference in their levels of expertise, it is difficult to imagine Nakashima losing this match. Svajda could be inspired to put up a fight by the encouragement of the home fans, but his fellow American ought to be able to endure the obstacle and move on.