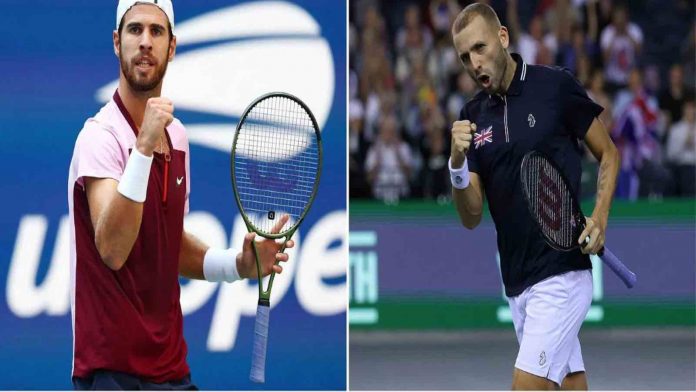 On Wednesday, the 2022 Erste Bank Open’s second round will include a match between Karen Khachanov and Dan Evans.

In Vienna, Khachanov began his campaign by playing qualifier J.J. Wolf in the opening round. Early in the first set, both players had break point opportunities, but they let them pass by. In the end, the set entered a tie-break, with the Russian winning to win it. In the second set as well, the pair successfully defended their serve. Up until the very last point, it appeared like the set would go to a tie-break. At 6-5 in the game, Wolf was serving to stay in it when Khachanov made his play. The Russian won the match 7-6 (4), 7-5 after easily breaking his opponent’s serve.

When Matteo Berrettini withdrew from the competition due to an injury, Dan Evans was initially scheduled to meet the Italian in the first round. Then, Oscar Otte, a fortunate loser, was paired up with the Brit. Evans got the match started quickly, breaking the opponent’s serve twice to take the lead 4-1 in the first set. In the following game, Evans easily served out the set to win it. Otte got off to a strong start in the second set, jumping out to a 3-0 lead. He maintained his lead and even served for the set at 5-3 before being broken. The British player eventually prevailed in the tie-break to take the set and match 6-4, 7-6. (3).

Khachanov is down 2-0 to Evans in their previous meeting. At the 2020 European Open, he triumphed in their prior match in three sets.

Although Khachanov has had a stronger season than the British player, if he doesn’t make a slight adjustment to his approach, his rival may continue to prevail. Evans is a difficult opponent to play against and might rise to the challenge once more to defeat the Russian.

Prediction: Evans to win in 3