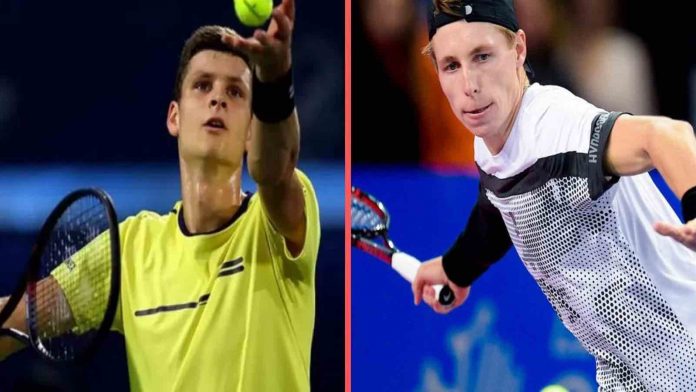 Eighth seed Hubert Hurkacz will lock horns with Ilya Ivashka in the second round of the US Open.

Hurkacz has won 33 of his 48 games this season, which is a respectable performance. He began his campaign by making it to the ATP Cup semifinals. The World No. 10 advanced to the Dubai Open semifinals before falling to Andrey Rublev. The 25-year-old defeated World No. 1 Daniil Medvedev in the Miami Open’s quarterfinals before losing to Carlos Alcaraz to advance to the final four. Then, he won the Halle Open by defeating Medvedev in the championship match 6-1, 6-4. Hurkacz defeated Oscar Otte in the first round of the Flushing Meadows tournament in straight sets, 6-4, 6-2, 6-4, and advanced to the second round.

Ivashka’s season has been challenging thus far, with a 16-17 win-loss record. At the Atlanta Open, where he advanced to the semifinals before falling to Alex de Minaur, he turned forth his greatest performance of the year. Additionally, the Belarusian has three quarterfinal finishes, in the Libema Open, Marseille Open, and Geneva Open. The 28-year-old has additionally exited early from the Open Sud de France, Dubai Open, Monte Carlo Masters, Madrid Masters, and Rome Masters. The World No. 73 opened his season at Flushing Meadows by defeating Sam Querry 4-6, 6-4, 7-6(8), 6-3.

Ivashka and Hurkacz are locked at 1-1 in the head-to-head.

Hurkacz, going by his form, should be able to come through this contest and move on to the third round.