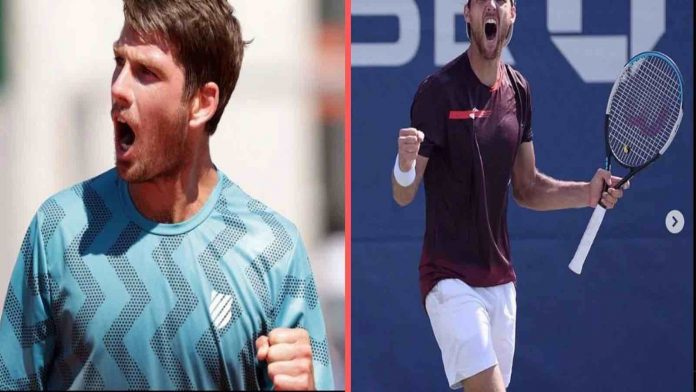 Cameron Norrie will face Joao Sousaa in the second round of the US Open on Wednesday.

The seventh seed quickly advanced to the second round of the competition after defeating Benoit Paire 6-0 7-7(1) 6-0 in the opening round. He took 18 minutes to win the first set, and 15 minutes to win the match. The No. 9 player in the world is having his most prosperous season to date, going 42 wins to 19 defeats. At the Delray Beach Open and Lyon Open this year, the Brit has won two ATP 250 championships. He also succeeded in making it to the championship matches of the Mexican Open and Los Cabos, where he fell short to Rafael Nadal and Daniil Medvedev, respectively.

On the other hand, Joao Sousa has had a challenging season thus far with only 13 victories against 15 losses. He had a successful start to the year, taking home his fourth career victory by winning the Maharashtra Open in Pune. The 33-year-old also made it to the 2022 Geneva Open finals before falling to Casper Ruud in a straight-sets defeat. The Portuguese haven’t advanced very far in any tournaments this year, aside from these two. The Portuguese player defeated Mackenzie McDonald in a close four-set match at the US Open by scores of 1-6, 7-6(4), 7-6(4), and 6-3.

Cameron Norrie has won both the match-ups against Joao Sousa and leads the head-to-head 2-0.

Norrie hopes to win this game and emulate his Flushing Meadows performance from last year. Given his form going into the match, it would be a surprise loss for the Brit if he loses. A longer run in the competition will secure his spot for the Nitto ATP Finals later in the year.