Day 2: Cameron Norrie will begin the day by taking over Paire 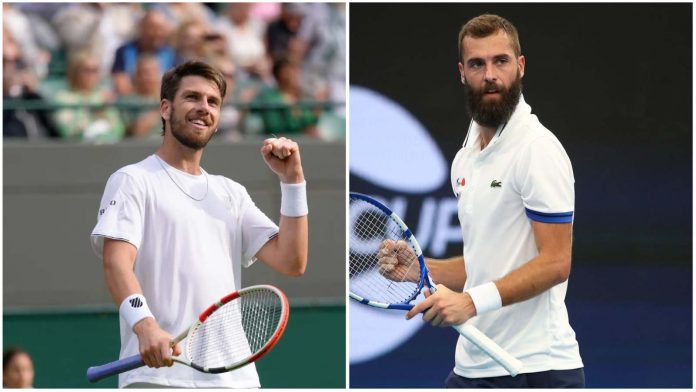 The 7th-seed Cameron Norrie of Great Britain will take on the Frenchman, Benoît Paire in the first round on 30 August. The British No. 1 will be looking for his first major title against the odd. Let us check, Cameron Norrie vs Benoît Paire Match Prediction, Head-to-Head, Preview, Betting Tips and Live Stream- US Open 2022.

Cameron Norrie holds four ATP Tour level titles and one doubles title in his professional career. Even though he faced an early elimination at the Australian Open 2022 against Sebastian Korda in heartbreaking straight sets, he rolled back pretty impressively. The 27-year-old lifted the Delray Open trophy defeating Reilly Opelka. Followed by a second consecutive final which resulted against him in the Mexican Open. For consecutive series of few downfalls, he ultimately achieved his second title of the year in the Lyon Open 2022 (beat A. Molcan). The French Open was quite unremarkable for the British. Still, Cameron was astonishing in Wimbledon as Norrie first time made it to the semi-final of any major.

On the other hand, the 33-year-old Paire had quite lowkey performances for the past few months. He was unable to advance himself into any second round in any Grand Slam this year. Except for the third-round loss against Tsitsipas (3-6, 5-7, 7-6, 4-6). Paire qualified for the main draw of the Madrid Open in mid-May defeating B. Nakashima and F. Coria.

Cameron Norrie vs Benoît Paire Match Prediction: Who will win the match?

The World No 9, Cameron Norrie will be dominating his opponent most of the match. Being a left-hander Norrie creates tremendous spin in his backhands. Paire has to put together his all to stand in front of Norrie’s performance to slow him down a little. Cameron covers almost full court with great defence skills and also is able to strike aces.