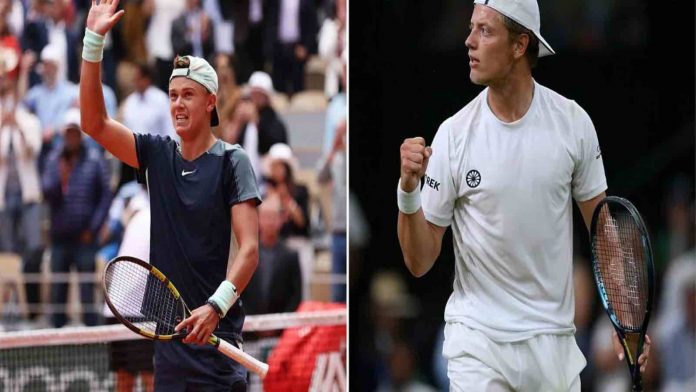 Tuesday’s first round of the 2022 Sofia Open will see Holger Rune, the fifth seed, taking on Tim van Rijthoven.

Rune gained some momentum during the clay swing after a lacklustre start to the season. At the BMW Open, he first claimed his first ATP victory. He advanced to the Lyon Open semifinals the following week. He easily advanced to the fourth round of the French Open, where he faced Stefanos Tsitsipas, the champion from the previous year. He was defeated by the youngster in four sets, advancing him to his maiden Grand Slam quarterfinal. Then, in their matchup in the round of 8, he fell to Casper Ruud. As the fourth seed at the Moselle Open last week, Rune gained a bye into the second round. After defeating Benjamin Bonzi to advance to the quarterfinals, he was eliminated by Alexander Bublik.

At the Libema Open this year, Tim van Rijthoven triumphed in style to win his first ATP championship. He was given a wildcard to compete there, and in route to the victory, he defeated Taylor Fritz, Felix Auger-Aliassime, and Daniil Medvedev. At Wimbledon, he later played in his first Grand Slam main event. At the All England Club, Van Rijthoven advanced to the fourth round before falling to eventual champion Novak Djokovic in four sets. The 25-year-old lost to Casper Ruud in four sets in the second round of the US Open.

There’s little doubt that Rune can match or surpass van Rijthoven’s intensity. The young Dane’s ability to remain consistent will be crucial. He has recently lost a lot of close matches, but if he can acquire the upper hand in crucial periods of the match, he should be able to defeat his opponent.