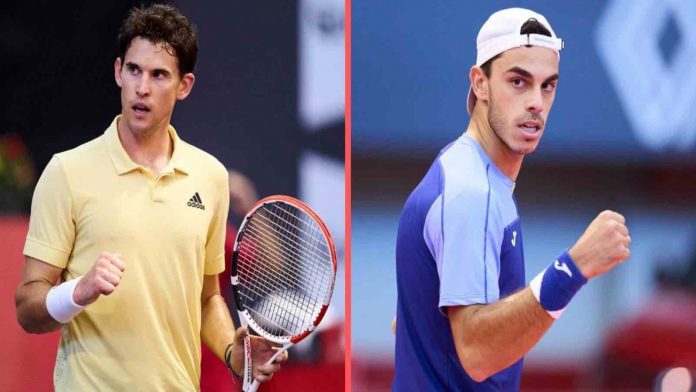 Dominic Thiem, a former US Open winner, will face Francisco Cerundolo, ranked 29th in the world, in a quarterfinal matchup at the Gijon Open on Friday.

Following a nine-month absence due to a wrist injury, Thiem is continuing his return to the tennis circuit. In July, he reached the Gstaad semifinals, the Bastad quarterfinals, and the Kitzbuhel quarterfinals. The 29-year-old advanced all the way to the Rennes Challenger final after losing to Ugo Humbert in the opening round of the US Open before being eliminated. The World No. 165 has recovered his form with two impressive victories to qualify for the last eight at Gijon this week after a pair of early exits at Metz and Tel Aviv. Prior to defeating Marcos Giron, the Austrian defeated Joao Sousa 6-2, 6-0.

Francisco Cerundolo, who is 24 years old, is one of the tour’s rising stars. At the Argentina Open last year, the Argentine made his first-ever ATP Tour final at home. He has taken it a step further this year to experience title glory at Bastad for the first time. With his victory over the top seed Casper Ruud on the way to the victory, he earned his first-ever top-10 victory. Along with winning the Santa Cruz Challenger, the youngster also had other outstanding performances, reaching the semifinals in Rio de Janeiro, Miami, and Hamburg. Over the past few weeks, Cerundolo’s performance has dipped a bit. With a victory over Manuel Guinard on Thursday in Gijon, he ended his seven-match losing streak this week.

Since July, Cerundolo hasn’t managed to pull together two victories in a row due to his recent pattern of extreme inconsistency. Cerundolo might not have many options if Thiem keeps moving and firing his groundstrokes the way he did in the final stages of his match against Giron.