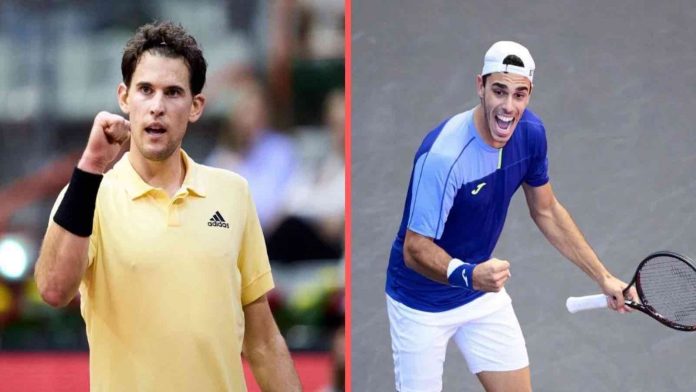 On Thursday, Dominic Thiem will compete in the Round of 16 of the European Open against sixth seed Francisco Cerundolo.

Thiem is beginning to resemble the kind of shape he displayed a few years ago. The Austrian has recently had some impressive results, most recently making it to the Gijon Open quarterfinals. To get to the final four, Thiem defeated Joao Sousa, Marcos Giron, and Francisco Cerundolo. There, he was defeated in straight sets by eventual champion Andrey Rublev. He subsequently used a protected ranking to join the European Open in Antwerp, where he played Michael Geerts in the opening round. He crushed the Belgian 6-4, 6-0 to guarantee his spot in the ATP 250 tournament’s Round of 16.

Cerundolo has so far this season put on some encouraging performances, taking home his first singles title in his professional career at the Nordea Open. At the Miami Masters, he also advanced to his first Masters 1000 semifinal. Due to his accomplishments, the Argentine moved up to the top 30 in the ATP rankings. Cerundolo has recently struggled with his form, losing in the first round of the Canadian Open, Western & Southern Open, US Open, and Astana Open consecutively. He then advanced to the Gijon Open quarterfinals before falling to Dominic Thiem. At the European Open in Antwerp, where he was seeded sixth, Cerundolo defeated Marc-Andrea Huesler 5-7, 7-6(3), 6-3 to get to the second round.

Due to his 6-4, 6-3 victory over Cerundolo in the Gijon Open quarterfinals last week, Thiem has an advantage in their head-to-head matchup of 1-0.

Cerundolo is not playing well right now, but Thiem appears to be in fantastic shape and should be able to defeat him to go to the European Open quarterfinals.