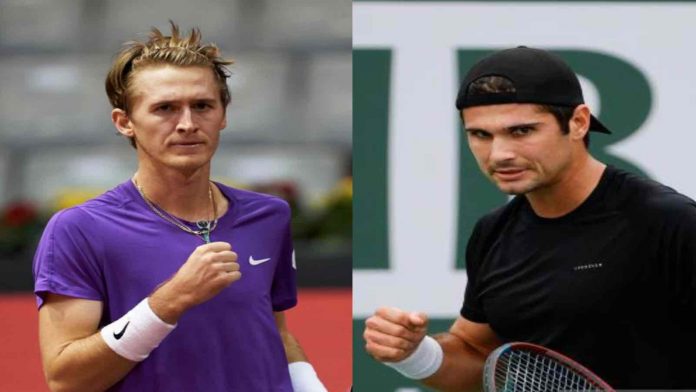 On Wednesday, October 19, the 36th-ranked Sebastian Korda will face 60th-ranked Marcos Giron in the opening round of the 2022 European Open in Antwerp.

After a strong performance in Gijon, Korda will try to continue his momentum in this tournament in Antwerp and pursue his earlier goal of breaking back into the top 30. The American stunned Roberto Bautista-Agut and defeated Andy Murray and Jaume Munar en route to the Gijon Open final, when he lost to Andrey Rublev. Prior to that, he had won one ATP title and made another final appearance; both had occurred in 2021. The three consecutive matches Korda won in Estoril and Washington were his strongest performances this year, except from that glitter displayed in Giron.

Giron has yet to claim an ATP championship, but he just advanced to the San Diego Open final. His first and only appearance in a finals was that one, which occurred approximately a month ago. Giron won over James Duckworth and Dan Evans on his route to the title-deciding match before being eliminated by Brandon Nakashima after receiving a bye in the opening round. Then, Giron competed in the Gijon Open, where he won his opening match against Albert Ramos-Vinolas but lost to Dominic Thiem in three sets.

Although they have never competed against one another at the top level, in 2019 and 2020 they did play one another in the Challengers. To tie the score at one, Korda won on a hardcourt while Giron triumphed on clay.

The fact that Giron has a strong 54-38 career record indoors, which includes matches at all levels, speaks to his experience on this court. Korda is merely 37-19 indoors in comparison. Even though Korda is the favourite in this match, we believe Giron should have an easier time because to his prior success on indoor hardcourt surfaces, and the match may end up being fiercely contested.

Prediction: Giron to win in 3