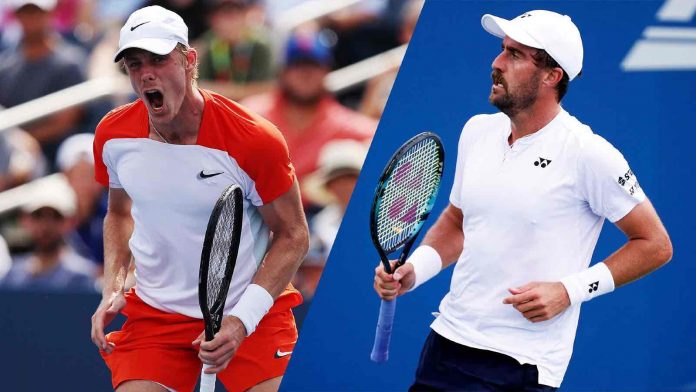 On Wednesday, the first round of the 2022 Japan Open will feature a match between American Steve Johnson and world No. 22 Denis Shapovalov.

After having a solid start to the season and making it all the way to the Australian Open quarterfinals, Shapovalov fell into a severe rut from which he finally emerged last month. By reaching the third round of both the Western & Southern Open and the US Open, he displayed progress. The Canadian then participated in the Korea Open last week. Shapovalov got a bye in the opening round since he was the fourth seed there. He won in straight sets over Jenson Brooksby, Radu Albot, and Jaume Munar to advance to his first season final. The 23-year-old lost against Yoshihito Nishioka in straight sets in the championship match.

Steve Johnson has had a respectable season, with the Newport and Los Cabos quarterfinals serving as particular high points. His finest Grand Slam performance this year was a third-round showing at Wimbledon. He is currently outside the top 100, but over time, his rating has steadily declined. Johnson suffered a defeat in the opening round of the US Open before falling in the first round of the San Diego Open as well. He defeated Jisung Nam in straight sets in the opening round of the Korea Open last week. In the second round, the American met Radu Albot, who he fell to in two close sets.

In their matchup, Shapovalov and Johnson are ahead 1-0. At the 2019 Indian Wells Masters, he defeated them once in straight sets.

Shapovalov had his best outcome in a very long time, although his showing in the final last week was a little disappointing. He had been playing brilliantly all week, but in the championship game, he made some strange mistakes and picked the wrong shots. Although Shapovalov plays Johnson pretty well across the net in this area, Johnson’s serve continues to be his best quality. The Canadian will attempt to capitalise on this surge of renewed energy, and if he monitors his error rate, he should succeed in the end.