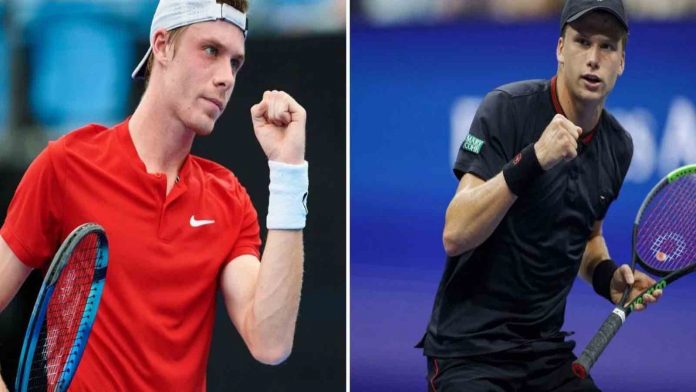 On Saturday, Denis Shapovalov and Jenson Brooksby will square off in the 2022 Korea Open semifinals.

After defeating Jaume Munar in straight sets, Shapovalov advanced to the quarterfinals, where Radu Albot awaited. As he accelerated to a 4-1 lead, the Canadian twice broke his opponent’s serve. On Albot’s serve, at 5-1, he had a pair of set points to end the first set, but he was unable to do so. But in the subsequent game, he served out the opening set. In the second game, Shapovalov took an early break to take a 3-1 lead. Albot held his serve, but the 23-year-old quickly won the following three games to take the match 6-2, 6-2.

Wu Tung-lin put a strain on Jenson Brooksby throughout the course of two sets, but he asserted his dominance in the third set to win the match 7-6(5), 3-6, 6-0. In the second round, he faced Kwon Soon-woo, whom he defeated 6-3, 6-4, setting up a quarterfinal matchup with second seed Cameron Norrie. Unfortunately, the British player pulled out of their match owing to illness soon before it began. As a result, Brooksby earned a free entry into his third season semifinal.

Shapovalov’s superb retrieval abilities may prevent him from launching more victories past Brooksby. The American, though, isn’t a particularly good server, so if he has a bad game in the semifinals, he might find himself in serious danger. Shapovalov seemed to be recovering his form and confidence this week after a difficult few months. The 23-year-old appears determined to salvage his season, and at his present calibre, Brooksby may find it difficult to stop him.