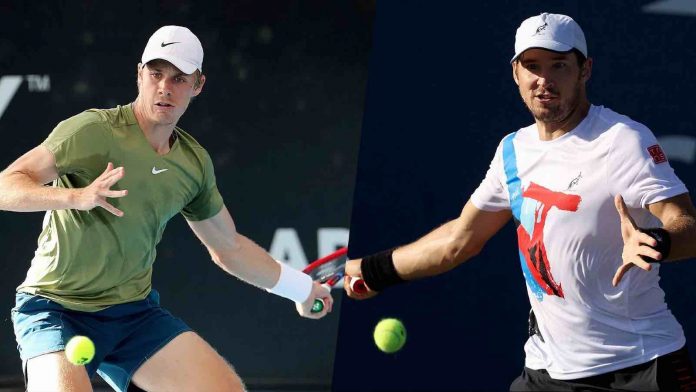 On Monday, Denis Shapovalov will play Dusan Lajovic in the opening round of the 2023 Australian Open.

Shapovalov participated in the Adelaide International 1 to begin the 2023 season. He defeated Roman Safiullin and Rinky Hijikata to go to the quarterfinals, where he faced Novak Djokovic. It was his seventh straight defeat versus the Serb, which came in straight sets.

Lajovic participated in the ASB Classic to start the new year. He had to first get through the qualification rounds due to his low rating. He lost in three sets to Christopher Eubanks in the opening round. His best performance in the Australian Open thus far was in the fourth round in 2021.

Shapovalov has a 1-0 head-to-head advantage over Lajovic. At the Madrid Open in 2021, he defeated them in straight sets.

Shapovalov occasionally displays a little bit of inconsistency, and there are usually a few points in a match where he commits a lot of mistakes. He has recently displayed some restraint and made strategic changes when he is deviating from the path. The Canadian is most likely to start out winning in Melbourne given each player’s individual form.

Prediction: Shapovalov to win in 5