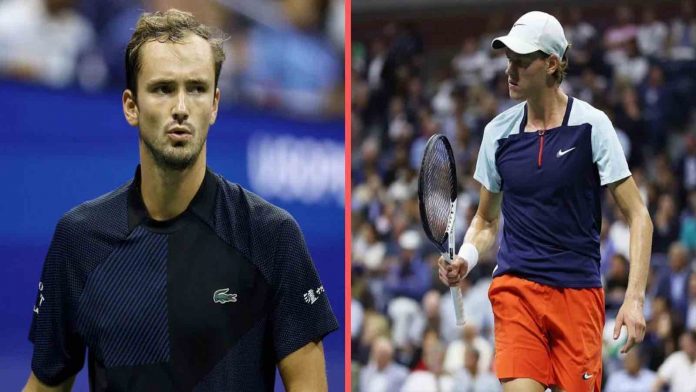 In his opening round of the competition, Medvedev defeated Nikoloz Basilashvili 6-2, 6-2, and earned a spot in the Round of 16, where he will face Dominic Thiem. Before Medvedev made the initial break in the seventh game of the opening set between the two US Open champions, the match was closely contested. In the very next game, Thiem faced a break point, but the Russian saved it and broke the Austrian once more to win the set 6-3. The second set was won 6-3 by Medvedev after he broke in the fourth game, and this victory secured his spot in the quarterfinals.

Sixth seeded Jannik Sinner faced Cristian Garin of Chile in the opening round of the Vienna tournament. The first set saw excellent service games from both players, but it was the Italian who broke to win it 6-3 in the eighth game. Sinner maintained his momentum in the second set, winning it 6-2 to earn a matchup with Francisco Cerundolo in the Round of 16. In the opening few games of the first set, both players traded breaks before the Italian broke his opponent to win it 7-5. Cerundolo made a valiant effort to rally in the second set, but Sinner was simply too powerful and took it 6-3 to advance to the Erste Bank Open semifinals.

Sinner enjoys playing aggressively from the baseline and will try to utilise all of his strong groundstrokes, particularly his forehand, as much as possible. Throughout the competition, the Italian has won 24 out of 39 points on his opponent’s second serve and will want to take advantage of the Russian’s second serve. Medvedev has maintained a nice appearance all week and appears to be adjusting well to parenthood. Be prepared for the Russian to win this one.