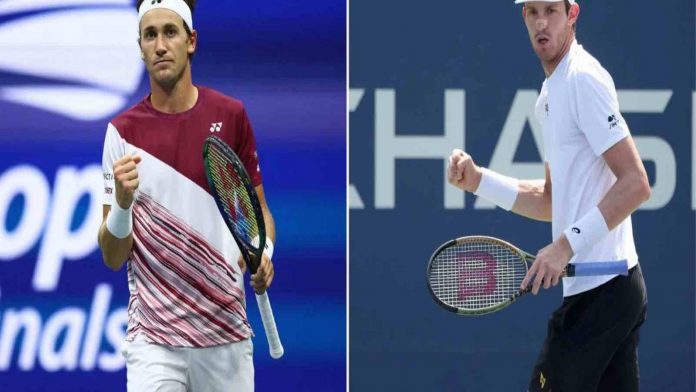 World No. 2 Casper Ruud will face qualifier Nicolas Jarry in the 2022 Korea Open second round on Thursday after receiving a bye in the first round.

Ruud’s current season has been his greatest to date. Ruud’s clay swing started out slowly but picked up speed as it went. He advanced to the Italian Open semifinals before successfully retaining his Geneva Open crown. At the French Open, the Norwegian made it to his first Grand Slam final but Rafael Nadal defeated him handily. Despite having a disappointing grass season, he went on to win the Swiss Open. At the US Open, he made it to his second Grand Slam final of the year but fell to Alcaraz once more. Since then, Ruud has participated in just one Davis Cup match and one Laver Cup match, winning both.

In the qualifying rounds, Nicolas Jarry defeated Tatsuma Ito and Aleksandar Kovacevic in straight sets to guarantee his place in the main draw. In the opening round, he faced Ryan Peniston. In order to increase his lead to 4-2, Jarry broke in the sixth game of the first set. He served out the set with ease after a couple more games. The second set ended in a tie-break because neither player was able to break the other’s serve. Peniston put up a strong fight, but he was constantly at a disadvantage. On his fourth match point, Jarry was able to end the match and win 6-3, 7-6. (8).

The results show that Ruud has made significant progress this season. He has begun to excel on hardcourts as well, losing his reputation as a clay court expert. The Norwegian should have little trouble moving on to the next round despite anything his opponent throws at him.