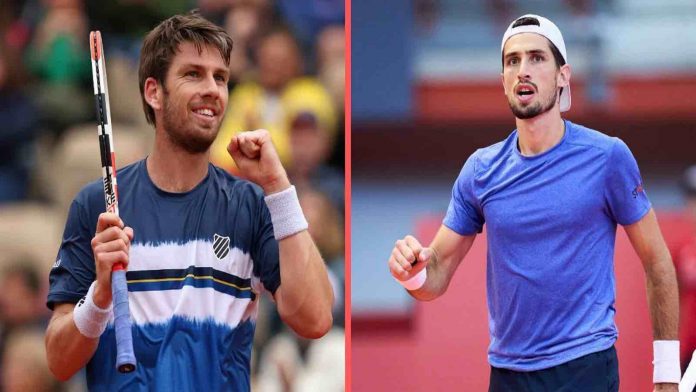 On Tuesday, Argentine qualifier Pedro Cachin will square up against seventh-seeded Cameron Norrie in Vienna.

Given his 47-24 win-loss record for the season, Norrie has had a fantastic year. The British player’s season’s main highlights have been his championship victories in Lyon and Delray Beach. The southpaw also came in second place at Los Cabos and Acapulco. The 27-year-old reached the second week of two Majors this year; his best effort was a run to Wimbledon’s final four. Additionally, Norrie has appeared in as many as six quarterfinals this season, with the most recent one occurring in Stockholm last week. The World No. 13 suffered a significant setback in his quest to advance to the ATP Finals when he lost to eventual champion Holger Rune, and he will be hungry to advance further in Vienna.

Pedro Cachin of Argentina has come a long way this year. The 27-year-old has won up to four Challenger titles this year in addition to being in second place in three additional competitions. He won a round at the French Open before making his Grand Slam main-draw debut there. Cachin performed even better, reaching the third round in New York at the US Open. His achievements brought him to the 55th position, which is a career best. Cachin has arrived in the capital of Austria after winning a round in the recent weeks at both Naples and Gijon. He defeated Quentin Halys and Alejandro Tabilo in three sets each to enter the ATP 500 tournament’s main round.

The Brit, who excels at counterpunching, will use his flat backhand and strong topspin forehand to attack the Cachin serve. Norrie is a skilled player with unconventional shots who is renowned for his outstanding quickness, court coverage, and defence. Contrarily, Cachin won 79% of his first-serve points against Quentin Halys by serving nine aces. If he has any chance of defeating the World No. 13, his serve and defence will be essential. It is unknown how much energy Cachin has left after playing two lengthy three-setters in the Vienna qualifying matches to stay up with the Brit.