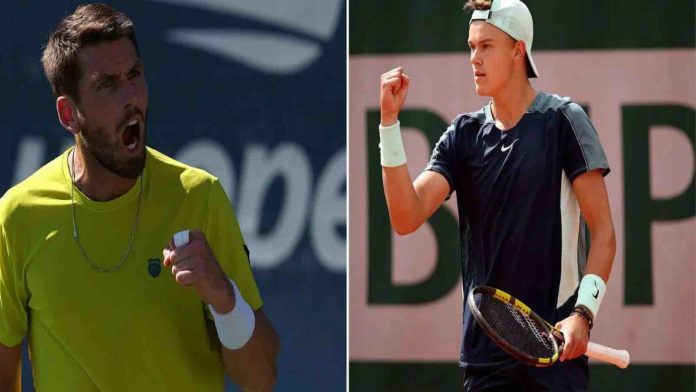 World No. 9 Cameron Norrie will lock horns with Holger Rune in the third round of the 2022 US Open on Saturday.

Norrie faced Joao Sousa in the second round after a straightforward victory over Benoit Paire in the opening round. At the beginning of the first set, the pair traded breaks but quickly returned to serving. The British player then won the set’s next three games to seal the deal. To win the game 6-4, 6-4, 7-6, Norrie prevailed in the tie-break (4). Now, his goal will be to make it to New York’s fourth round for the first time.

In the first round of the US Open, Holger Rune defeated Peter Gojowczyk in straight sets to earn his first victory there. He easily took the first two sets, but the third set went to a tie-break. He prevailed by scores of 6-2, 6-4, and 7-6(5) in the match. In the second round, the adolescent faced the powerful John Isner. Isner won in straight sets over Federico Delbonis, a qualifier, in the first round. However, during the game, he suffered a terrible fall. Although the American managed to overcome the first obstacle, he later disclosed that he had sustained a wrist fracture and would be leaving the competition. Rune was given a walkover as a result.

Norrie leads Rune 2-0 in the head-to-head.

Norrie is the clear favourite to win this competition based on their recent performance. If Rune is at his peak, he has the ability to turn the match into a contest. It’s difficult to imagine him doing that given the way he has played over the past few months. The British player should easily advance to the following round.

Predicition: Norrie to win in 4