The SportsLiteSports at just one click!
HomeCricketIPL 2021: Who is Priyam Garg, Early Life, Age, India U-19 Captain,...
CricketIPLPlayer 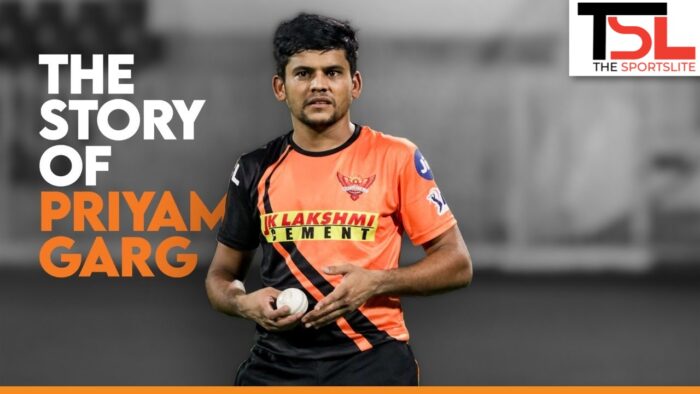 Meet Priyam Garg, from India U-19 Captain to SRH’s squad in IPL

Priyam Garg, the 20-year-old youngster from Uttar Pradesh has been blessed with a serene personality. He is exactly the opposite of today’s generation. Perhaps this sophisticated nature of his takes him head and shoulders above the others. The serenity has surely been transferred to his batting. His batting never deviates from a calm, composed, and calculated manner. He is a superstar in making. 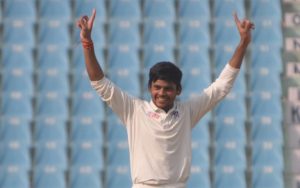 Priyam was born on 30th November 2000 in Meerut. His father did all kinds of jobs from selling milk to loading goods. He faced rejection in age-group cricket on a few occasions. He lost his mother around the same time. Life was tough, but he never ran away from challenges, stood his ground, and now he has most of the things he and his father toiled for.

Just like his serenity, maturity also has its effect on Priyam’s batting. This right-hand batsman has a very compact structure, everything is orthodox about his batting. He can adapt quickly to the situation and play accordingly. The consistent performances at age-group cricket helped Priyam Garg to be the captain of India’s U-19 World Cup in 2019. When the world cup was going on, he got news about his selection in the Sunrisers Hyderabad squad for IPL 2020. But as a captain, it would not have been ideal to shift the focus away from the World cup and he didn’t allow himself to shift the focus. He led India to the Final where they lost to Bangladesh.

Just before the World Cup campaign, he had already made his First Class, List A, and T-20 debut in the domestic competitions playing for Uttar Pradesh. 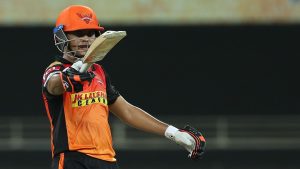 He was bought for 1.9 crores by SRH for IPL 2020. He mostly batted down the order when time and balls left were too little. But he exhibited his skills in the limited opportunities that he had. In 14 matches, he scored 133 runs. The unbeaten innings of 51 showed his caliber to the world and team management.

Priyam would be looking forward to the resumption of IPL. We wish him all the best for the future.

Let’s go through his stats