Who is Sundar Gurjar, one of India’s medal prospects in the track and field in Tokyo Paralympics ? 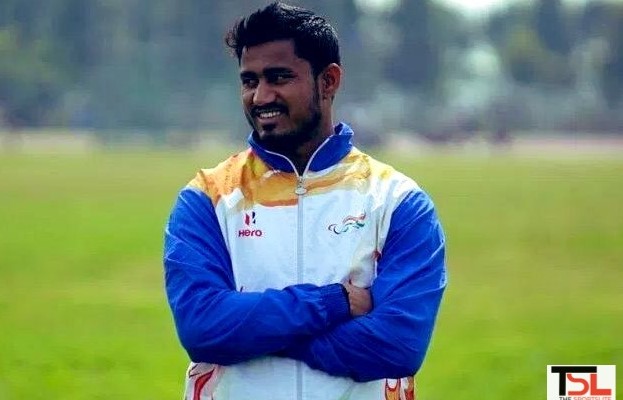 Sundar Singh Gurjar was born on the 1st of Jan 1996 in Hindaun, Rajasthan. He is an Indian para-athlete who represents India in Javelin Throw, Shot Put, and discus throw. He basically competes in the F46 disciplines.

Sundar Singh Gurjar was born in Develen Village of Hindaun city in Karauli District. Sundar used to compete in the general category until the year 2015.

In the same year during the month of November, he injured himself while trying to place a tin shade at his friend’s house. The injury occurred in his right palm and due to several contingencies arising he had to get it cut later. 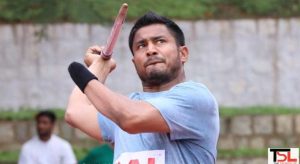 Sundar came into the limelight when he produced a really good performance to register the ‘A’ qualification mark for the 2016 Paralympic Games held in Rio de Janeiro, Brazil.

He also emerged as one of India’s top medal contenders at the Rio Paralympics.

Sundar, by this time, was continuously breaking records and creating new insurmountable ones. He exhibited the same prowess during the 16th Para Athletics National Championship in Panchkula where he created a national record by reaching 68.42 m. 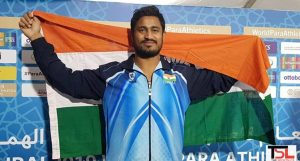 Even at this point, Sundar was under the tutelage of Mahaveer Prasad Saini.

After this, there was no looking back as he participated in the IPC World Championships 2017 winning another Gold Medal.

Sundar also won a silver medal in Javelin throw and a bronze one in discus throw in the Asian Para Games held in Jakarta, Indonesia.

Sundar performed really well in Tokyo as he looked in imperious form. He bagged a bronze medal in Men’s javelin throw F46 event to add to India’s medal tally in the track and field events.

Sundar was one of the medal favourites in his event, and he lived up to the expectations.