India’s para table tennis player and World no.8 Bhavina Hasmukhbhai Patel lost 0-3 to two-time Paralympic champion China’s Zhou Ying. This match was part of the proceedings in Group A of the class 4 event.

Today, India started its campaign in the Tokyo Paralympics 2020. But the Indian contingent would have surely preferred a much better start. 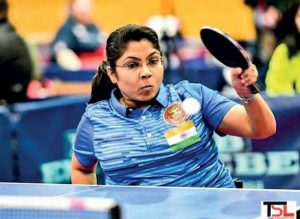 Zhou Ying came out all guns blazing as she took a very early lead over Bhavina in the first Game. The Chinese paddler won a stupendous 13 shot rally which boosted her confidence and morale no end.

Not surprisingly, Zhou wrapped up the first game in just about five minutes as she floored her Indian opponent with her diagonal winners.

In the second game, Bhavina tried to initiate a comeback but to no avail as her Chinese opponent always seemed to get the better of her in the tense make-or-break points. 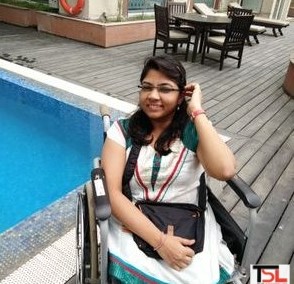 Sumptuous rallies ensued between the two high-ranked players but Bhavina lost steam a bit too soon as she just couldn’t find her rhythm as Zhou kept asking her questions after questions.  Ying finally ended Bhavina’s misery by wrapping up the third set 11-3.

With this Zhou had comfortable humbled her Indian opponent who just couldn’t get going on the day.