The SportsLiteSports at just one click!
HomeForever FactsPuneri Paltan - History, Players, Records, and Everything You Need to Know
Forever FactsKabaddiPro Kabaddi League

Puneri Paltan – History, Players, Records, and Everything You Need to Know 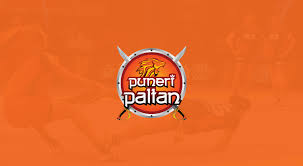 One of the founding members of the Pro Kabaddi League, Puneri Paltan represents the city of Pune, Maharashtra in the league. This team from Maharashtra was famous even before it joined the rest on the mat. With the passion and attitude of the brave Maratha warriors, the team has chosen an orange jersey to represent their culture. The team has not had a very good campaign as the performance has not been up to the mark. The lack of championship has not stopped the Puneris from promoting the sport of kabaddi. Time and again, they have conducted talent hunts for school children in Maharashtra.

The journey of Puneri Paltan from the inaugural season till now

With the super coach Anup Kumar, Puneri Paltan is now ready to come back and own the game. Following is the list of players signed in by the Puneri Paltan franchise:

This Pune based franchise Puneri Paltan is owned by Insurekot Sports. They are a Mumbai-based firm and have a lot of interest in sports. The company currently has three managing directors namely: Sumanlal Babulal Shah, Rajesh Harkishandas Doshi, and Karthi Kumar Venkatraman Marshan. The owners have shown a lot of interest in promoting the sport at grassroots levels. They have put in their heart and soul to emphasize on the development of this indigenous sport.

Below are the all records made by Puneri Paltan

We all hope to see the Puneris outperform themselves. To watch your favorite players playing on the mat after so long, do not forget to tune in to Star Sports. Until then keep reading!