Who is the King of free-fire in the World? Real Name, ID, Country, and stats 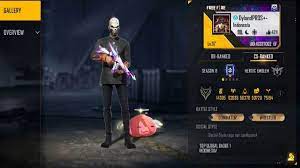 Garena Free-Fire is the world’s best survival battle royale game. It is a multiplayer mobile game, developed and published by Garena for Android and iOS. To be the last survivor is the only goal. With 1,000,000,000+ installs Free-Fire is one of the best games. This article lets know who is the king of Free-Fire in the world!

Sultan Proslo is worthy of being called the king of Free-Fire in the world. Proslo is a renowned Free-Fire content creator from Indonesia. Originally named Dyland Maximus Zidane, the player is very famous in the gaming community. His Free Fire ID is 16207002, and his IGN is SULTAN.INDO!

Also read: Who Is The Fastest Player In Free Fire?

The statistics mentioned in the article may differ as they are noted whilst the research. The numbers will change as the player keeps playing more games.

Income and Net worth

Youtube has served as a cash-converter for content creators and streamers in the gaming community. According to a report by Social Blade, Sultan Proslo earns around $3.9K- $62.8K monthly from his Youtube channel. His yearly income is believed to be approx ranging between $47.1K to $753.1K.

Also read: Who Is The King Of Free-Fire In India

Sultan Proslo joined youtube on 28 January 2015. This player started his Youtube channel over six years ago naming it- Dyland Pros. He has a total of 15.2M subscribers on this video creation platform. The first video on his channel is dated 5 May 2015 and he currently has over 1500 videos.