The SportsLiteSports at just one click!
HomeCricketWhat do the numbers say for India vs England Test Series
CricketToday's in History

What do the numbers say for India vs England Test Series 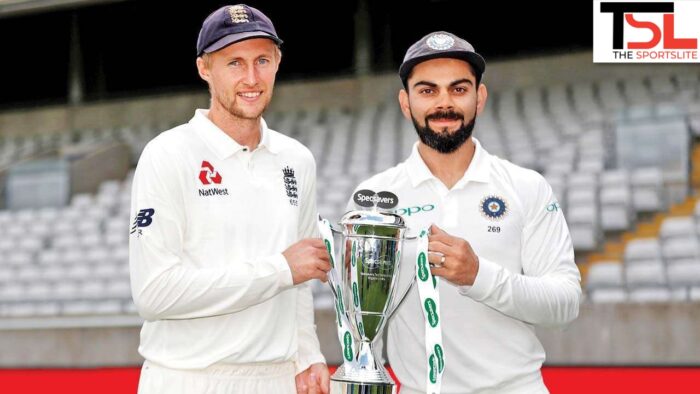 India vs England Test Series: The Test series of India in England has always been a talking point. But the talks have been more this time after the heroics by Team India in Australia. Fans are expecting the series win this time for India.

The series will be a lot spicier than it ever was, especially after the crumbling defeat of England against India in India earlier this year.

Before the sides start playing, we will quickly play a number’s game.

India and England will kick start their new campaign for the World Test Championship with this 5 match Tests series. At the end of which both the sides would play 9 Tests in this calendar year. This is the most Tests played by India in a calendar year against a particular opponent since 1983. In 1983 India had played 11 Tests against the West Indies.

Some worrying numbers for India

Take a look at India’s performance in Tests in SENA countries in the last decade.

The only positive fact is that India has done well in Australia and so they can take confidence from those matches against England.

A single century from the batting pillars and the low averages

Indian batting in away tours has always been blown hot and cold. The same gets applied to today’s generation of the batting lineup. India has a star-studded batting lineup with Captain Kohli, Pujara, and Rahane.

Interestingly, they have only one century between each other since 2020. The lone century came from Rahane’s bat at the MCG last year.

India’s bowling has more positive memories in overseas tours than the batting. Talking about positives, since 2018 in the SENA countries Ashwin and Jadeja have been the best in the business as far as spinners are concerned.

Not only bowling, but both have had an excellent time with the bat in the recent past.

India, since the last 3-4 years has had an excellent fast bowling lineup and one could go on to say the best in Indian history. This makes Ashwin’s improved numbers even more noticeable. This means Ashwin has been the premium bowler despite having options of seam bowlers.

Anderson was all over Kohli in the 2014 tour.

Since 2016, Kohli has scored 194 runs against Anderson from 434 deliveries without being dismissed.

It will be a battle to watch out for.

3 wickets to go for Anderson, golden opportunity in India vs England Test Series

Anderson, the legendary pace bowler of England requires 3 more wickets to surpass the great Anil Kumble. If he does that, he will become the 3rd highest wicket-taker in Test cricket.

Even if you forget about all the stats and all the matchups, still you will enjoy this series. The 5-match series does give a trailing team to bounce back, so anything can happen.

We hope rain will not come to interrupt this fascinating contest.