The SportsLiteSports at just one click!
HomeCricketBirthday Special : Birthday of The 1983 WC Hero Balwinder Sandhu
CricketToday's in History 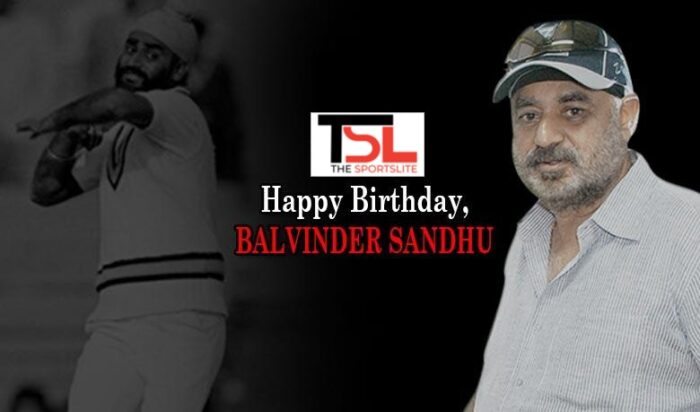 Balwinder Sandhu, the right-hand swing bowler and a useful batsman down the batting lineup was born today in 1956 in Mumbai.

Consistency in the Domestic cricket

He made his debut in Ranji Trophy for Mumbai in the absence of Karsan Ghavri due to national duties. He grabbed the opportunity with both hands. The 3 years in Ranji Trophy extracted the best out of him. He had an uncanny ability to take 5-fers day in day out with his medium pace swing bowling. Mumbai never missed the service of Karsan Ghavri as they got another gem with the ball.

14 January 1983 was the day when he made his Test debut against Pakistan. Sandhu was no mug with the bat. He scored 71 runs batting at number 9 and exhibited his all-around abilities.

When talks are about Balwinder Sandhu how one could miss the World Cup heroics in 1983. Balwinder the batter came to the rescue in the Final, he shared a 22 run partnership with Syed Kirmani for the last wicket. He remained not out on 11. The target of 183 wasn’t intimidating for the mighty West Indies. But an early blow from Sandhu gave India the hopes and with which they went on to defend the target of 183 by 43 runs.

After the World Cup, his career started to dwindle. In 8 Tests he took 10 wickets and scored 214 runs at 30.57. The ODI career never really took off, but fans forget everything when you have made some invaluable contribution in the World Cup Final victory.

He continued to serve the game of cricket as a coach of Punjab and Mumbai.

We wish him a very Happy Birthday!

The interesting fact about Balwinder Sandhu