Top Five players with Most Matches in T20 World Cup 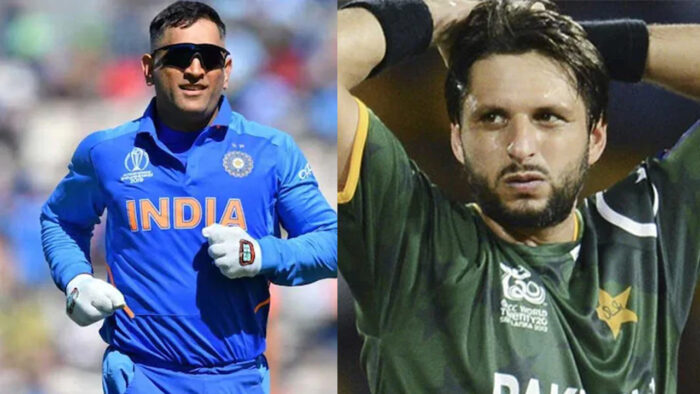 In the 14 years of its existence, the T20 World Cup has been the center stage for some of the most memorable incidents in cricketing history. Its grandeur allures to players from far and wide to come, prove their merit and cement a legacy of their own. Thousands of players have taken a go at it but only a handful have been able to leave a significant mark. In a game that rapidly keeps on evolving, it is indispensable to keep re-inventing oneself in order to stay relevant. Having a lasting tenure in the T20s format is an achievement in itself. The following players have been able to stay on top of their game as long as they could and have influenced millions. That being said, here is a list of the top five players with the most matches in the T20 World Cup.

Slinga Malinga is regarded as one of the finest T20 bowlers of all time. Having featured in all previous editions of the T20 World Cups, Malinga has played 31 matches in the prestigious tournament. He’s also the second-highest wicket-taker in the tournament with 38 scalps under his belt. Owing to the innumerable variations and quality he brings to the table, Malinga is a legend irrespective of the format.

Unarguably one of the best middle-order batsmen Sri Lanka ever produced, Mahela Jayawardena stands at number 4. Jayawardene has played a record 32 matches for Sri Lanka in the T20 World Cup. Mahela also holds the record for the most runs scored by a batsman in the tournament, 1016. Despite not being of the ideal mold for T20s, Mahela has left quite a legacy for him in the WT20.

With 33 T20 WC caps to his name, former skipper MS Dhoni has featured in almost all of India’s matches in its campaign. Mahi also led India to become inaugural T20 champions back in 2007. Dhoni’s formidable run as the captain made India reach the finals twice and reach the playoffs in 2014.

One of the most beloved individuals in the entirety of Pakistan, former skipper Shahid Afridi has played the second-most matches in the T20 World Cup. Boom-Boom has represented Pakistan in 34 WT20 games in which he has scored an impressive 546 runs. Afridi holds the record for most wickets taken in the T20 World Cup with 39 scalps under his belt. These accolades make the 40-year old one of the most iconic all-rounders of the T20 format,

One of the most reliable cricketers in the T20 format, Dilshan stands atop all. Dilshan represented Sri Lanka in 35 T20 world cup games, amassing 897 runs with an average of 30.93. His career’s longevity and effectiveness make him a must-have for any T20 side in the world. Rated highly by his peers and fans alike, Tillakaratne Dilshan’s formidable run in the T20 World Cup is tough of pass.