The SportsLiteSports at just one click!
HomeCricketTop Five Players with Most Man of the Match Awards in T20...
CricketForever FactsTop-5/Top-10 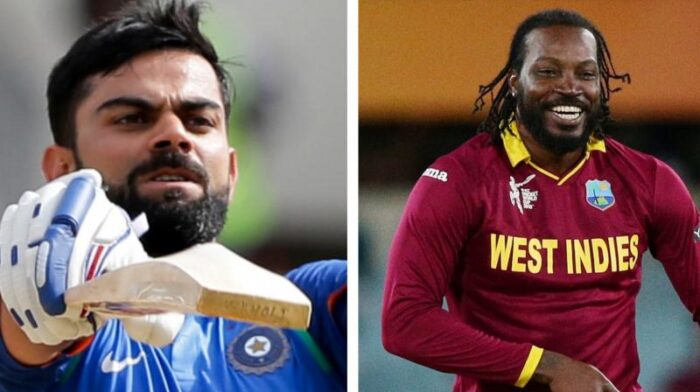 The Man of the Match award is awarded to the player who gives his best and his performances stand out from the rest. With the added responsibility of one’s country’s expectations and the unforgiving nature of the format, performing at their peak becomes substantially difficult for a player. However, the following players have managed to bring out their “A-game” on several different occasions at the need of the hour for their country. Above all, they have left behind quite an untainted legacy that keeps running in the tournament to this day. In conclusion, here is a list of the top five players with the most man of the match awards in the T20 world cup.

AB De Villiers has been the hallmark for middle-order batters ever since the inception of the format. The uncrowned pioneer of the inventive style of batting, ABD has been hassling bowlers for the fun of it. His greatness can easily be lived through some of the sensational innings he’s played in the T20 World Cup. The mercurial genius has been appointed man of the match on 4 separate occasions in his short but impactful stint in the WT20.

While having not played in the WT20 since 2014, Jayawardene’s iconic run in the T20 World Cups is still talked about to this day. With an astounding record of 1016 runs in the tournament, the Sri Lankan has left quite a legacy behind him. In the 32 matches, Mahela has represented Sri Lanka, he has been adjudged the man-of-the-match in 5 of them.

Unarguably the greatest opening batter this format has ever and most likely will ever see, Chris Gayle occupies the third spot in this list. In addition to this, the Universe Boss’s undaunted aura instills fear in the minds of the bowlers to this day. Gayle’s brutal innings over the years have given us fans with a plentiful of memories to cherish. In the 28 matches, he’s been a part of in the WT20, Chris Gayle has been awarded the man-of-the-match award for a record 5 times.

One of the greatest modern-day all-rounders of the game, Shane Watson has had quite an instrumental run in the WT20. The Australian juggernaut has produced some of the finest innings ever witnessed in the format. Watto’s bowling has been equally efficient as well given he’s picked 22 wickets. Therefore, Watson’s inclusion in this list does not come as a surprise given his flamboyant style of play. Watto has been adjudged man of the match 5 times in the 22 matches he has played for the Kangaroos.

India’s skipper Virat Kohli caps off the list by occupying the top spot. Having amassed an astounding 777 runs, Virat has a God-like average of 86.33 in the World T20. In addition to this, his prolific run includes 9 scintillating half-centuries with the best score of 94*. Virat has managed to grab the man-of-the-match award 5 times in just 16 matches he’s represented India in. In conclusion, being one of the only two active players on this list, King Kohli has the opportunity to add on to his Bradman-Esque run in the T20 World Cups.