The SportsLiteSports at just one click!
HomeCricketPAK vs AUS: Steve Smith Broke The Big Record Of Sachin, Sehwag...
Cricket 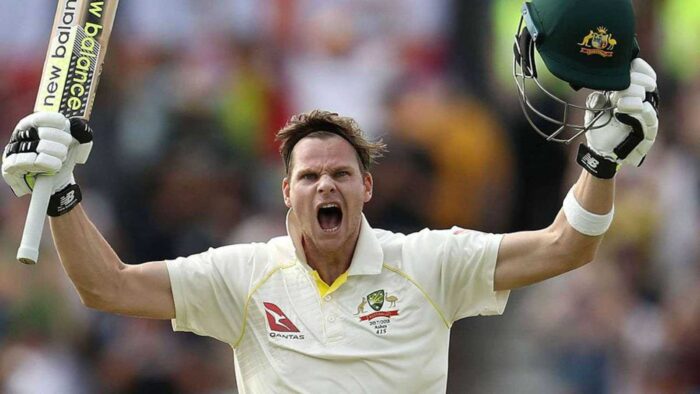 The best Test batter at present, Steve Smith’s career redemption is a story for the ages. Having made his name initially as a potential leg-spinner who could bat a bit to a complete role reversal. Establishing himself as a potent Australian run machine averaging over 60 in his Test career could be treading on dangerous grounds for some but not for Smith. Hammering several records throughout his career, Steve has been on a dream run. Now he adds another feather to his cap in PAK vs AUS: Steve Smith Broke The Big Record Of Sachin, Sehwag & Dravid let’s find out:

Smith in Australia’s tour of Pakistan

Former Australian skipper Steve Smith has scored three half-centuries in three Tests against Pakistan but a century continues to elude him. However, that hasn’t stopped the former Australia captain from achieving batting milestones. Smith opened Australia’s tour of Pakistan with 78 in the first Test in Rawalpindi and followed it with an innings of 72 in Karachi, both of which ended in a draw. Smith was once again at his run-scoring best when he hit 59 on Day 1 of the Lahore Test. Even though there are some concerns about Smith not going on to convert his fifties into hundred, he has looked assured in each of the innings he has played so far.

“I thought he batted really well today. He was stiff. His bat got stuck in his pad. You bowl that ball against Steve Smith; he’s hitting it 99 out of 100 times. I’m sure it’s frustrating in some respects. He is in my opinion the greatest batter I’ve seen in my era, averaging 60 throughout pretty much his whole Test career,”

teammate Usman Khawaja said at the end of the opening day.

“It’s so funny. We’re talking about Steve Smith probably not scoring hundreds but he seems to be getting 70, 80 every game and doing it very easily. That’s just the class that Steve Smith has. I’m sure there’s a big score coming and then once he gets a big score there will be more big scores. The odds say that he’s going to get a big one very soon.”

With Smith’s knock of 59, he left behind some Asian batting giants for topping a significant batting record. With his half-century, the former Australia captain now holds the record for most runs after 150 Test innings. Smith took his figures to 7993 test runs, leaving behind Kumar Sangakkara, Sachin Tendulkar, Virender Sehwag and Rahul Dravid. Sangakkara is now second in the list with 7913 runs, followed by Tendulkar (7869). Sehwag (7694) and Dravid (7680) at fourth and fifth respectively. Smith is only seven short of 8000 Test runs and hopefully, he will get there in the second innings, another record awaits him.