South Africa has reached the semi-finals on multiple occasions. Bangladesh has made it to the second round four times including 2022 while the Netherlands makes the second time. Zimbabwe are debutant in the Super Round Stage. 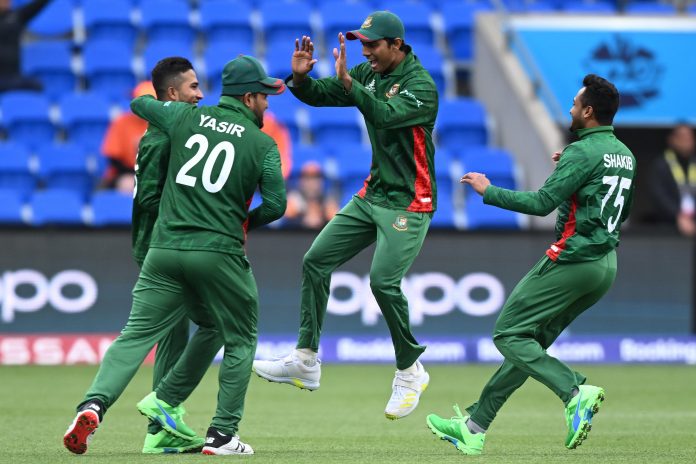 The Third Super 12 Day at the ICC T20I World Cup 2022 featured Bangladesh and Netherlands and South Africa and Zimbabwe.

The matches of Day 3 were lackluster. They did not carry as glam as Day 1 or Day 2 had. The first match between Bangladesh and Netherlands was low-scoring and not very thrilling. Bangladesh defeated the Orange by 9 runs. The second match had prospects of some beautiful innings but rain interrupted. The matches on Monday completed one match for all twelve teams at the ICC T20I World Cup 2022.

Bangladesh had been reduced to 144 after the first innings. The Bangla Tigers had a very low score to defend. Taskin Ahmed destroyed the Dutch squad’s opening before they could even start. Vikramjit Singh and Bas de Leede departed as soon as they came to play. Colin Ackerman raised a strong forte and looked pretty on the way to leading the Dutch to a comfortable victory. Taskin removed Ackerman and pretty soon, he took out Shariz Ahmed. Taskin took four wickets in the match for 25 while maintaining an economy of 6.25.

Even though The Netherlands did not win, Colin Ackerman‘s performance was nothing below applaudable. Ackerman came to crease at 13/3 and steered the ship for a very long time. Colin scored 62 off 48 balls with a strike rate of 129. He hurled eight boundaries and threatened the Tigers. Ackerman was inching closer to Dutch victory when he was removed by Taskin at 101/9 with 19 balls left.

Zimbabwean Batsman Wesley Madhevere scored a quick-fire 35 off 18 to salvage the country’s pride. Zimbabwe was struggling with four wickets at barely 19 runs. Wesley formed a good partnership with Milton Shumba for the fifth wicket. Wesley hit 4 fours and a six to complete his innings at a strike rate of 194.

Bangladesh had a solid start which faltered a little in the middle. They were 42/0 and quickly trembled to 63/4. Afif Hossein pulled a strong defense and steered the sail all right. Afif Hossein scored 38 important runs from 27 balls at a strike rate of 127. He hit four boundaries, two 4 and 6 each.