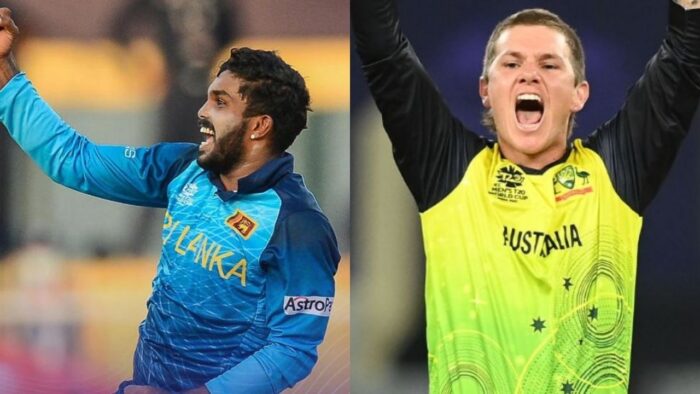 T20 World cup 2021 had just came to an end with Australia being the first time champions of the ICC T20 World Cup title. Although, T20 format is a format which is considered a batter dominated format. But in this edition of T20 World Cup, it was not the same. Bowlers dominated the batsmen. Most of the Man of the Match Awards were being given to the bowlers. The following is a discussion about the Top Five Highest Wicket Takers in T20 World Cup 2021.

Josh Hazlewood was the leading wicket taker for Australia after leg spinner Adam Zampa in this edition of T20 World Cup. He was just amazing with his bowling and give his team the early breakthroughs quite regularly. He has redefined himself into T20 cricket as for some time, he was not considered as a T20 bowler. But in 2021, he has won two trophies in T20 Cricket. One in IPL for Chennai Super Kings and another for Australia in T20 World Cup. He had taken 11 wickets in his 7 matches.

Shakib Al Hasan was the leading wicket taker for Bangladesh. He was very impressive with the ball and bowled tight lines and lengths. Though, he only played 6 matches as he was injured later and was out of the tournament. He is the main all-rounder for Bangladesh. In this edition of World Cup, Shakib Al Hasan become the leading wicket taker in T20I cricket surpassing Lasith Malinga. He had taken 11 wickets in 6 matches.

Trent Boult was the leading wicket taker for New Zealand. He was lethal with his bowling and took his team to the Finals. Despite being the pitches not well suited to the fast bowlers, he adapted quickly and given his 100%. He was the guy to whom Kane Williamson go for the first scalp in the powerplay overs. In the final match of Australia vs New Zealand, only 2 wickets fell for Australia and both these wickets accounted for Trent Boult. He had taken 13 wickets in 7 matches.

Adam Zampa, the leading wicket taker in Super 12 stage, the leading wicket taker for Australia, was just brilliant. He took the advantage of big grounds and bowled according to the field. Bowling in T20Is is a difficult task. And despite this difficult task he managed to concede an economy of less than 6. He has also a Five wicket haul to his name against Bangladesh in this edition of World Cup. He had taken 13 wickets in 7 matches.

Do You Know: Who are the top 5 bowlers with the best economy in T20 World Cup? Check this

And here comes the top ranked T20I bowler in ICC rankings. He is the leading wicket taker in this edition of T20 World Cup. He qualified his team to the Super 12 stage. Also, he bowled with an economy of 5. We haven’t seen these economies much in T20 cricket. A batter dominated format and a bowler concede around 5 runs in his over is just amazing. Though, he played more matches than his above counterparts but he was just amazing. He had taken 16 wickets in 8 matches.